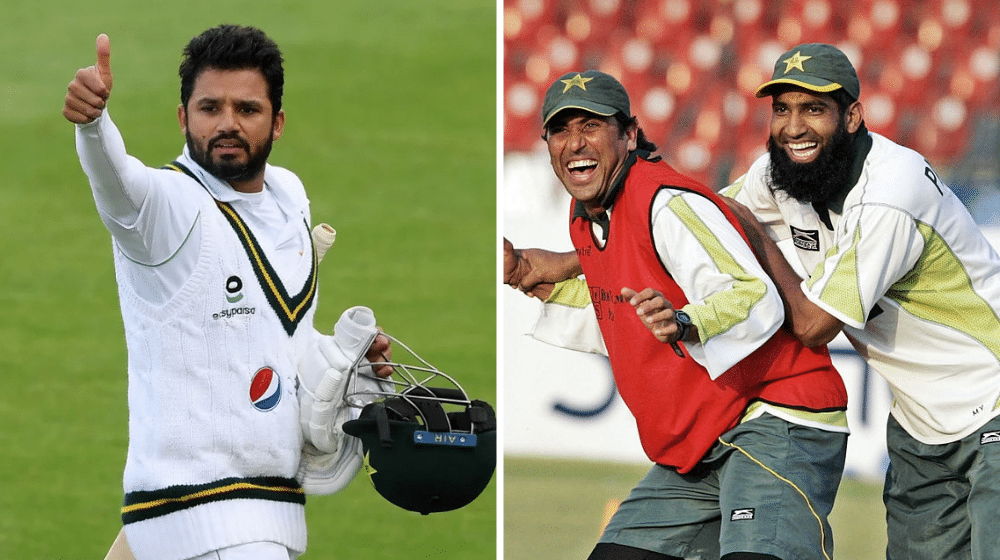 Former Pakistan captain, Azhar Ali, is currently spending his time at the National High-Performance Center (NHPC) at Lahore, working with batting coaches Younis Khan and Mohammad Yousuf. Azhar said that the experience of working with the duo has been beneficial for him and it is also a great opportunity for the youngsters to learn from the best in the business.

We are benefitting from the coaching of Younis Khan and Mohammad Yousuf. It is a good opportunity to learn from their experience. Faheem Ashraf’s batting also improved after working with Mohammad Yousuf in the High-Performance Center.

Azhar said that he is working on the flaws he identified during the series between Pakistan and South Africa and both Younis and Yousuf have worked tirelessly with him to eradicate those flaws and make him an even better player. He added that this is the best opportunity for him as there is no domestic cricket being played currently, this gives him ample amount of time to work on his technique and practice as much as possible.

Azhar also appreciated the work Younis and Yousuf are doing with the talented young batsmen in the country. He said that this is the perfect opportunity for youngsters to learn from two of the greatest batsmen Pakistan has produced and it will help them in the long run. Azhar believes that the youngsters need to be groomed and supported even if they put in a string of poor performances.

Azhar also said that Pakistan has a very good chance to win the upcoming limited over series against South Africa, he said that the recent home series win against the same opposition will provide a major confidence boost to the team and will take the pressure off in the away series.