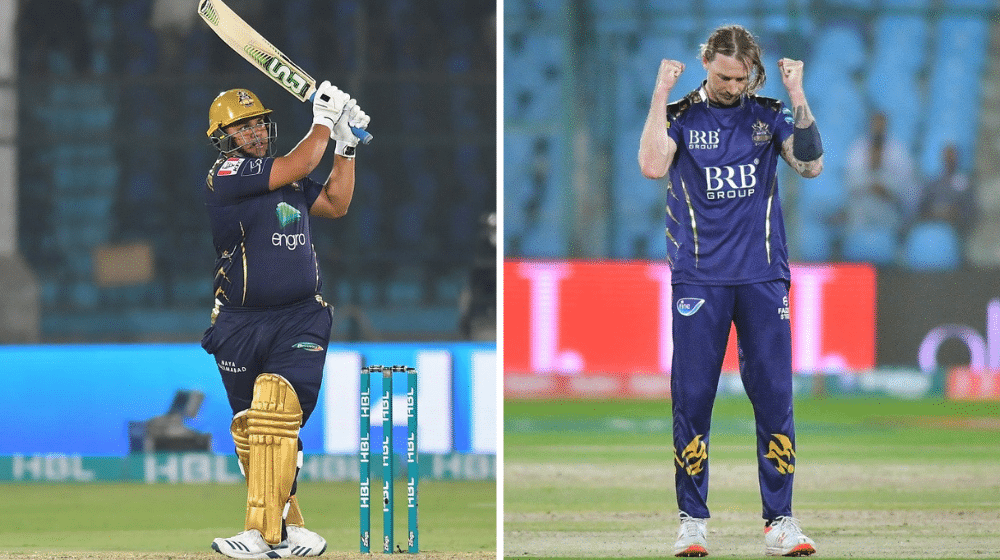 Pakistan Super League (PSL) has provided a chance to the young talent in the country to showcase their talent in front of millions of fans. It has helped the careers of many youngsters and has provided the national team with several talented players. Hasan Ali, Shadab Khan, Haris Rauf, Shaheen Afridi, Mohammad Nawaz, and several other national team players are a product of the PSL.

One aspect of PSL that goes unnoticed is that these talented youngsters get a chance to learn from the very best in international cricket, and the company they share is not only restricted to cricket.

Legendary South African bowler, Dale Steyn, known as one of the fiercest bowlers in world cricket, is one of the biggest names in PSL this year. Steyn, part of the Quetta Gladiators squad, is also known to be one of the most humble and down-to-earth people in the dressing room.

Steyn shared a moment from the Quetta’s dressing room on his Instagram story, where he is sitting with the young wicket-keeper batsman, Azam Khan. Steyn requested Azam Khan to play the guitar and sing a song.

Dale Steyn and Azam Khan have developed a friendship over the last couple of months. While playing in the Lanka Premier League a few months ago, a video surfaced of the two talking about their shared interest in fishing. The video went viral in the cricketing circle on social media at that time.

PSL provides the platform for youngsters to share the dressing room with their cricketing idols and learn from the best in the business. The former Pakistan captain, Shahid Afridi, recently spoke about the impact of PSL on the youngsters. He said that PSL is a perfect platform to nurture young talent in the country.