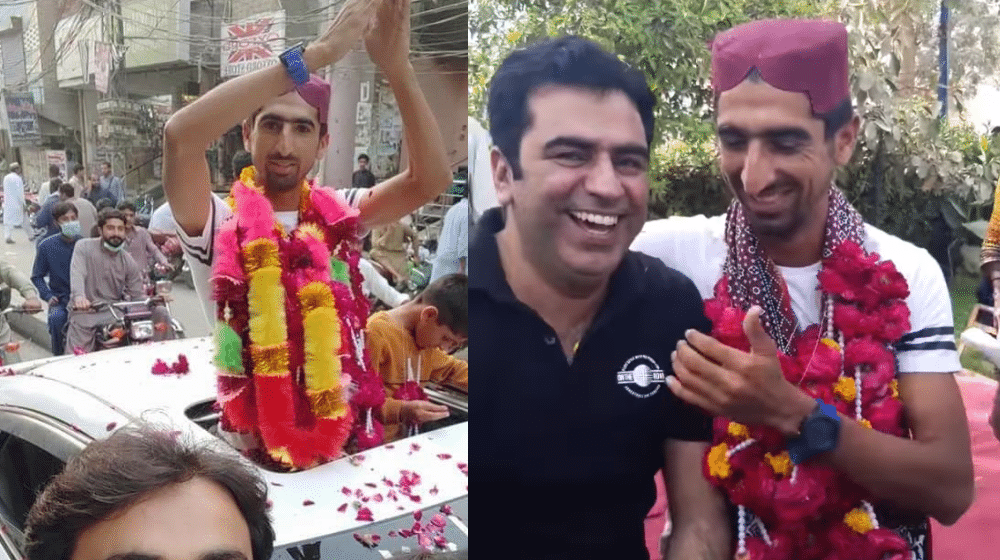 Shahnawaz Dahani received a heroic welcome upon his arrival to his hometown, Larkana. The 22-year old pacer was one of the most exciting talents to emerge in the sixth edition of the Pakistan Super League (PSL).

Dahani was part of the Multan Sultans squad in PSL 6 and was the joint second-highest wicket-taker until the tournament got postponed.

Dahani took 9 wickets, same as Lahore Qalandars star, Shaheen Afridi. Although Multan were placed fifth on the table, Dahani was one of the outstanding performers in the league.

Dahani recently revealed in the interview that no one in his village knew about the PSL but after his rise to fame, the whole village has taken an interest and everyone was following the tournament with keen interest.

After the decision to postpone the tournament was taken by the PCB, Dahani returned to his hometown, Larkana, from Karachi. He was received by hundreds of his jubilant fans upon his arrival.

Watch the video of his welcome below:

Dahani first caught the attention of the cricketing fraternity during the 2020/2021 season of the Quaid-e-Azam Trophy. He played for Sindh in his debut season, picking up 26 wickets at an average of 31.33 in the 7 matches. He was one of the most exciting young talents to emerge in the domestic circuit and his fine performances earned him a place in the Multan Sultans squad in PSL 6.

Dahani was the star of the show in the tournament, with many national and international players appreciating the efforts of the 22-year old.