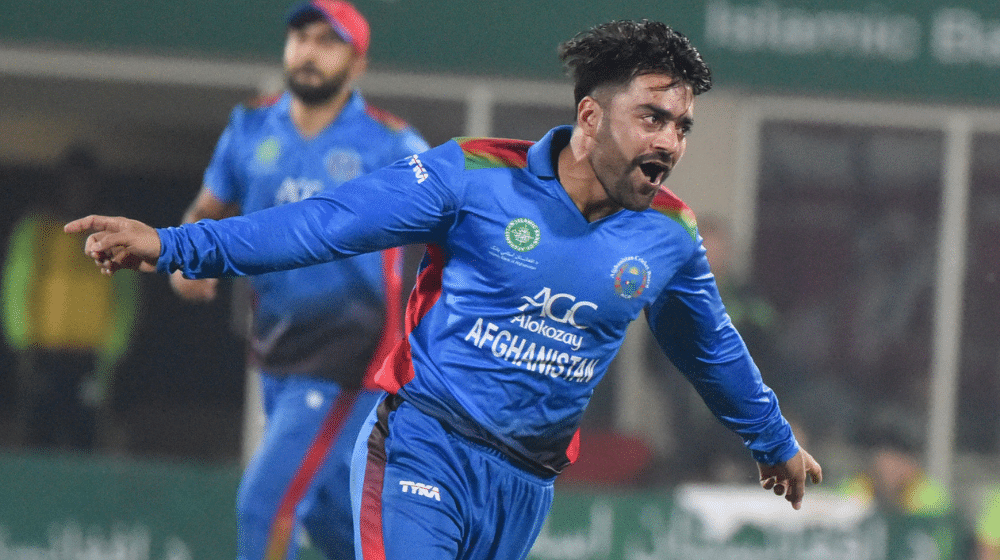 After making his debut in 2015, leg-spinner Rashid Khan quickly became an integral part of Afghanistan’s national team. Within just 6 years, Rashid has moved from outclassing his brothers on a cement track to being named T20I Player of the Decade.

While speaking with ESPNCricinfo recently, Rashid Khan recalled how Inzamam-ul-Haq, the then Afghanistan national team’s head coach, handed him his ODI debut based on a single delivery he bowled to him in the nets.

Rashid said that he was 17 years old when he was inducted into the Afghanistan national setup for the tour to Zimbabwe. Although the Afghanistan national team was scheduled to play 5 ODIs and 2 T20Is against Zimbabwe, Rashid was initially included in the T20I squad. Head coach Inzamam did not include Rashid Khan in the ODI squad because he had not seen him bowl.

Rashid added that Afghanistan lost the first ODI. During the practice session before the second ODI, Inzamam himself padded up and said he wanted to face me.

“I bowled a total of three deliveries to Inzamam. He cut the first two balls because he is so strong with the shot,” noted Rashid, adding that “I thought of bowling a wrong‘un from the same spot, and see what happens. He didn’t get out, but the ball beat him.”

“After this, Inzamam came outside the net and told me to be ready for the second ODI,” said Rashid.


On his debut, Rashid emerged as the most economical bowler with figures of 1/30 in 10 overs as Afghanistan won by 58 runs.

Rashid said in the interview that it was Inzamam’s backing right from the first game that gave him the confidence to do well even at such a young age. It was then he realized that his team depended on it and that he was the number 1 spinner in the team.