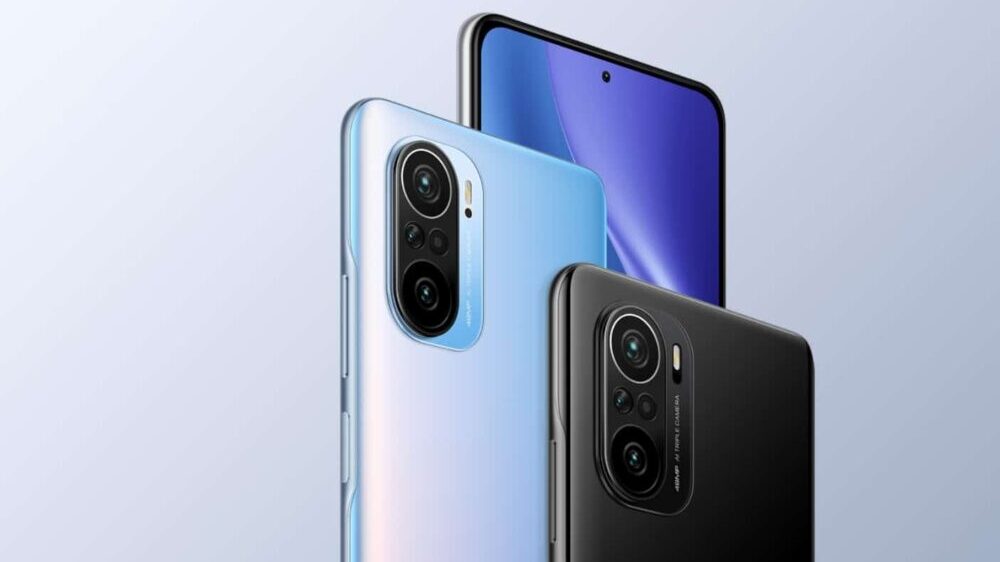 Poco F3 is set to launch tomorrow alongside the Poco X3 Pro. While we already know that the F3 is going to be a rebranded Redmi K40, a new leak confirms the speculation.

Renowned tipster Ishan Agarwal has shared press renders for the Poco F3 ahead of its release. These images show off 3 color variants for the device and also confirm that it will be a global variant of the Redmi K40 that released in China earlier. It looks no different from the Redmi K40 with the exception of the Poco brand name on the back. Other than that, it has the same punch-hole display and an identical camera setup on the back. The blue-colored variant, however, has a slightly different finish on the rear panel.

The tipster also mentions that Poco F3 will launch with Snapdragon 870 SoC.

Your very first look at the POCO F3 Official Renders!

Will be launching with Qualcomm Snapdragon 870 5G Chipset.

The design looks like the Redmi K40, as expected. What are your thoughts? #POCOF3 #POCO #PowerMeetSpeed pic.twitter.com/vvVSDbq4X9

It is not surprising to see that Poco F3 is coming as the rebadged Redmi K40 as the Redmi K30 also launched as Poco F2 and F2 Pro in the global market. There were only a few differences between the Chinese and global variants, such as supported network bands, different RAM options, color options, etc.

We can expect the same differences between the Redmi K40 and the Poco F3.

You can check out the full list of specifications for the Redmi K40 through the link down below.