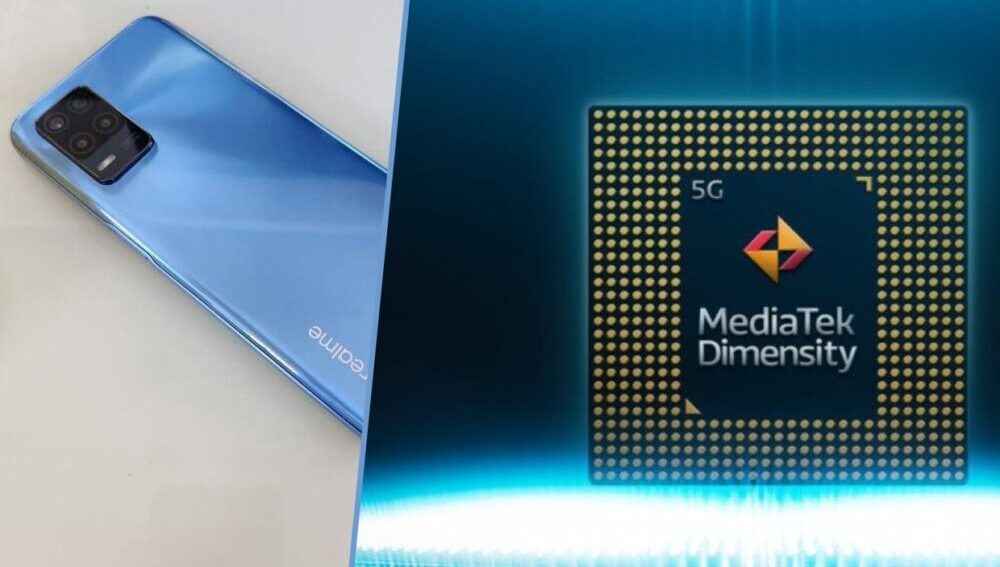 The Realme GT Neo is going official in China on March 31, but that is not the only device launching at this event. The mid-range Realme V13 5G will be tagging along with the GT Neo this week, and a tipster has now shared key details as well as live images for the device.

The official poster for the Realme V13 5G was rolled out last week which confirmed a number of specifications for the handset. The phone will come with a 90Hz display, a 5,000 mAh battery, up to 256GB storage, and of course, as the name says, 5G support.

The poster also confirmed some design elements, such as a punch-hole front camera, a square-shaped main camera with three lenses, and a side-mounted fingerprint sensor. The phone will come in Black and Blue color options.

The live images leaked by the tipster are identical to the official poster. The tipster’s report also reveals that the phone will have a 6.52-inch screen, a 48MP triple camera setup and that the 5,000 mAh battery will have support for 18W fast charging. It will boot Realme UI 2.0 based on Android 11 out of the box.

The phone’s memory configurations will be 8GB/128GB and 8GB/256GB in China at least. It may come with a starting price of $275.