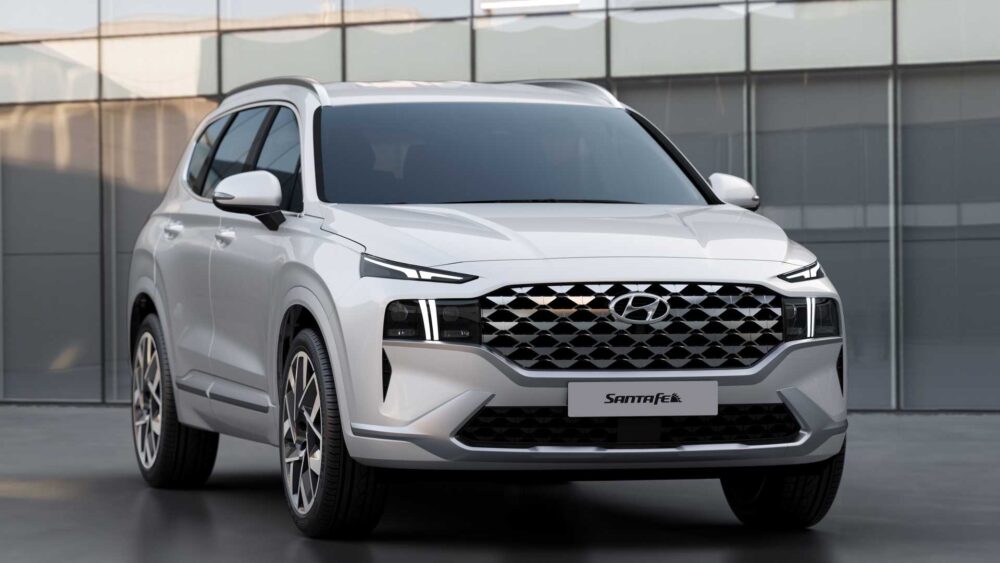 Although the midsize SUV segment of Pakistan’s auto market has long been ruled by the Toyota Fortuner, the Kia Sorento has recently come along to battle Toyota for a larger share of the market. However, another midsize SUV in the market that does not get a lot of attention is the Hyundai Santa Fe.

The Santa Fe is a mid-size 7-seating crossover SUV that is Hyundai’s answer to the Kia Sorento and the Toyota Fortuner. It is available in Pakistan in a single trim-level — the GLS. It has a 2.4-liter, naturally aspirated 4-cylinder petrol engine that makes 170 hp and 225 Nm of torque that is sent to all four wheels via a 6-speed automatic HTRAC drivetrain.

Santa Fe is not popular in Pakistan because it is being offered in its 4th generation form as a CBU for a whopping Rs. 18.5 million, while the Fortuner can be purchased for just over Rs. 9.3 million and the Sorento can be had for a million less.

However, in a promising move that was reported yesterday by several media outlets, Hyundai Nishat has reduced the price of Santa Fe by Rs. 5 million, bringing it down to Rs. 13.5 million. The reports add that Hyundai Nishat had imported 30 units of the SUV in 2019 for testing purposes, but has not said much about it since then. 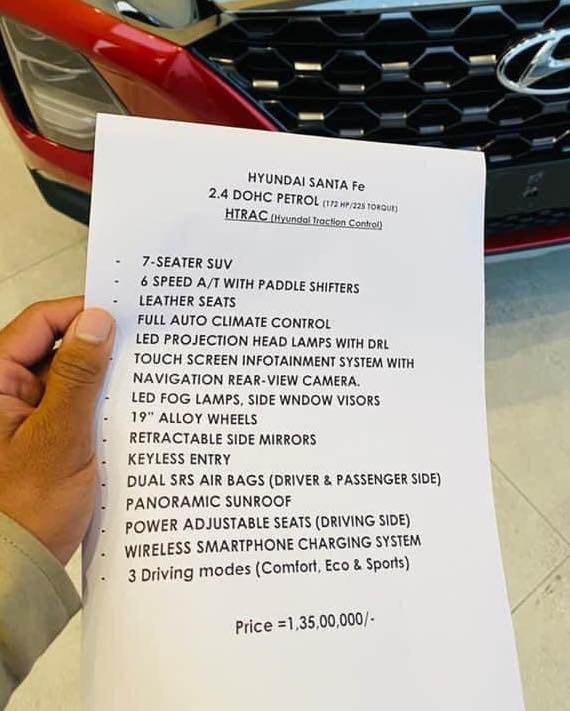 As is evident from the image, the SUV has plenty of features but even with the Rs. 5 million reduction in its price it is still too expensive to compete in the segment because it offers features and performance that are similar to those of its Korean cousin — the Sorento — which is priced at Rs. 5 million less in its top-trim form with a powerful V6 engine.

Hyundai Nishat’s best strategy to compete in Pakistan’s mid-size SUV segment would be to introduce a CKD version of the Santa Fe priced at the same level (if not lower) as the Kia Sorento because both SUVs are essentially the same mechanically.