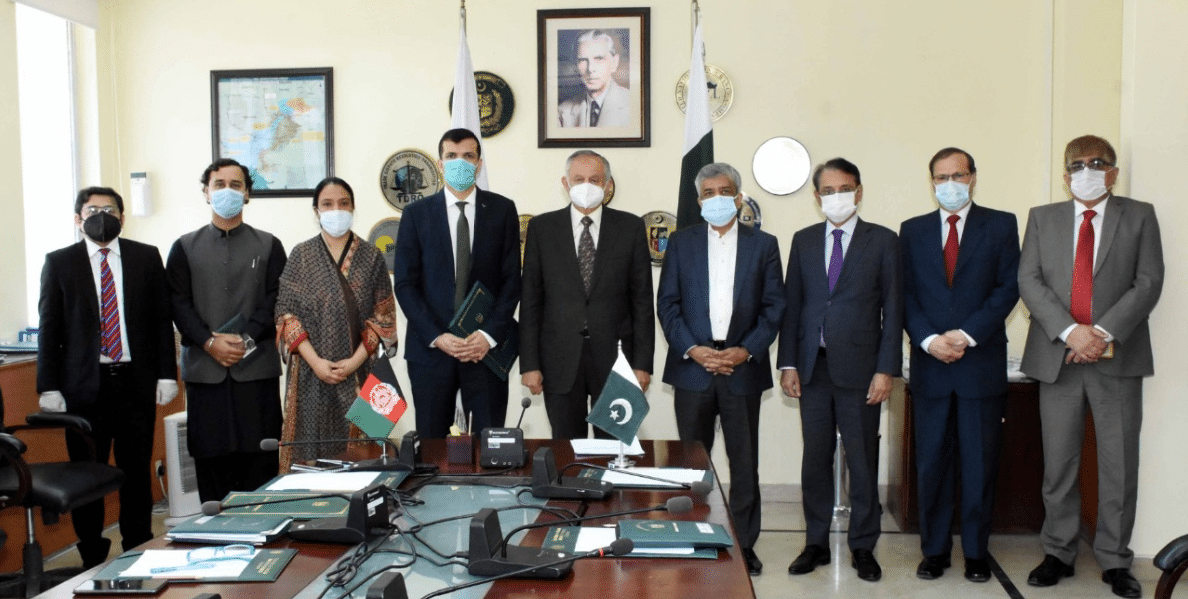 The Advisor to the Prime Minister on Commerce & Investment, Abdul Razak Dawood, and the Minister for Industry & Commerce, Nisar Ahmad Ghoriyani, have signed the Protocol for a three-month extension of the Afghanistan–Pakistan Transit Trade Agreement 2010 (APTTA).

The signing ceremony was held over video-link today (1 April) simultaneously at Kabul and Islamabad. The Secretary of the Ministry of Commerce and the representatives of both the countries’ embassies also attended the event.

Speaking on the occasion, Dawood said that his vision for Pakistan’s trade and economic relations with Afghanistan and the Central Asian Republics (CARs) is to make Pakistan a hub for trade, transit & transshipment.

“Our trade must be based on secure, open, consistent, reliable, and legal movement of goods at the Afghan border along with enhanced connectivity with Afghanistan and CARs,” he said.

Dawood remarked that this is a long-term vision and that Pakistan is laying the foundation for its implementation through its current engagements with Afghanistan and Uzbekistan. He added that this will ensure that Pakistan leverages its geo-economic location in the region to enhance its international trade.

“Our discussions with Afghanistan and Uzbekistan are a step in this direction,” he noted.

Both sides expressed their satisfaction with the extension of the agreement, and decided that their technical teams would conclude the revised agreement soon.