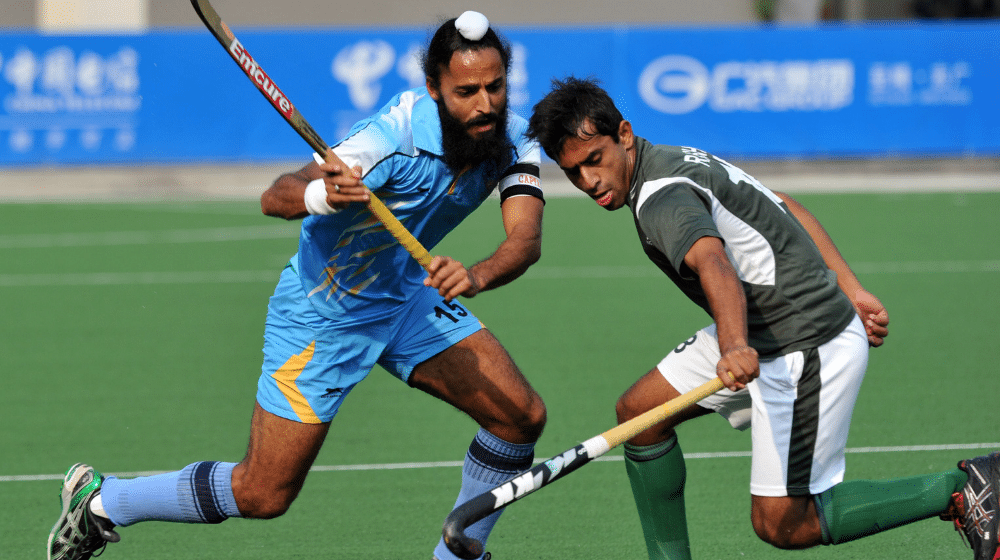 According to reports, Pakistan and India are set to reignite their hockey rivalry as Pakistan Hockey Federation (PHF) is set to extend an invitation for a bilateral series in the 47th International Hockey Federation (FIH) Statutory Congress in May. PHF will hold talks with top officials of FIH and Hockey India (HI) about the possibility of reviving the ties, for the benefit of hockey in both the nations and the world.

Matches between the bitter rivals are some of the most-watched matches in the world in any sport and it will be beneficial for the popularity of the sport if a series is held between the two nations.

The meeting is scheduled to be held from May 19 to May 23 in New Delhi, where a new FIH president and executive board members will be elected for the next four years. PHF’s top officials, PHF President Brig (retd) Khalid Sajjad Khokhar and Secretary Asif Bajwa have already applied for the visa and are expected to be part of the meeting in India.

FIFA Threatens to Ban PFF Yet Again Over Ransacking Controversy

According to a source “With no specific agenda during the meeting, the PHF officials will focus on the revival of hockey ties in an effort to popularise the game in both the countries.”

Although there has been a positive development in the political ties of both countries, it is unlikely that a series will be held in either nation, instead, PHF might propose to hold a series in a neutral venue.