Pakistani Rupee opened the week with the downward movement against the US Dollar.

The depreciation of the Rupee against the US dollar was expected following a long upward rally.

A foreign exchange dealer with a bank said that importers are buying dollars for their payments, which weighed on the domestic currency. “The local unit has snapped a week-long rally, owing to the payment pressure,” he added.

Former Treasury Head-Chase Manhattan Bank, Asad Rizvi, wrote on Twitter, “I am further lowering my projection 152 per USD, as there exists room for further 2% gains”.

He said, “My PKR target is met. Remittances will support until 35 days, [before] Rupee gain will exhaust.”

QUOTE from my 18 Mar 2021, Business Recorder write-up, “I am further lowering my projection 152 per USD, as there exists room for further 2% gains”.

My PKR target is met. Remittances will support until 35 days, b4 Rupee gain will exhaust

PKR also eroded against most other major currencies except Euro on Monday, where it improved by 33 paisas against the Euro. 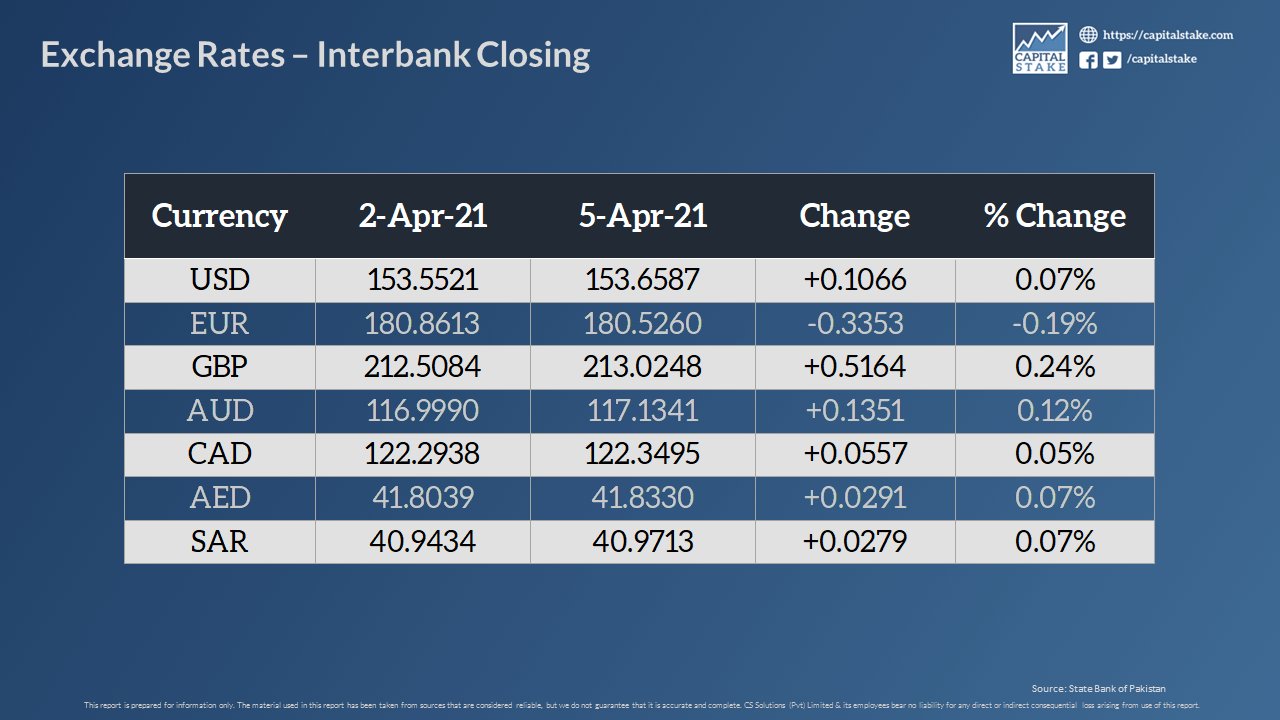 Rupee Suddenly Posts A Big Drop Against the US Dollar

The PKR deteriorated against both the UAE Dirham (AED) and the Saudi Riyal (SAR) as well today in the interbank market, by 2 paisas against both currencies.