Pakistani Rupee has posted downward movement against the US Dollar for the second consecutive day this week. This comes after PKR climbing to the highest against the USD in 22-months.

The depreciation of the Rupee against the US dollar was expected following a long upward rally.

Rupee Suddenly Posts A Big Drop Against the US Dollar

“The rupee had been appreciating for the last two weeks, but today the demand for US Dollar picked up in the market,” a foreign exchange dealer with a bank said.

He said that importers are buying dollars for their payments, which weighed on the domestic currency. “The local unit has snapped a week-long rally, owing to the payment pressure,” he added.

Some traders and experts on the matter are also of the opinion that the PKR capped the previous gains due to the suspected intervention by the central bank to prevent a rally in the currency.

The financial consultant and journalist, Ali Khizar, wrote on Twitter that PKR touched the low of Rs. 151.25 to the USD right after bond issuance. He said, “Bid-offer spread was wide – a stated policy of SBP to intervene – it perhaps did come to buy. Then importers came to book in forward- earlier exporters were selling”.

PKR had also been posting gains against other major currencies this week until Wednesday. However, Thursday and Friday saw PKR turn around there, with PKR losing against all major currencies on both days. 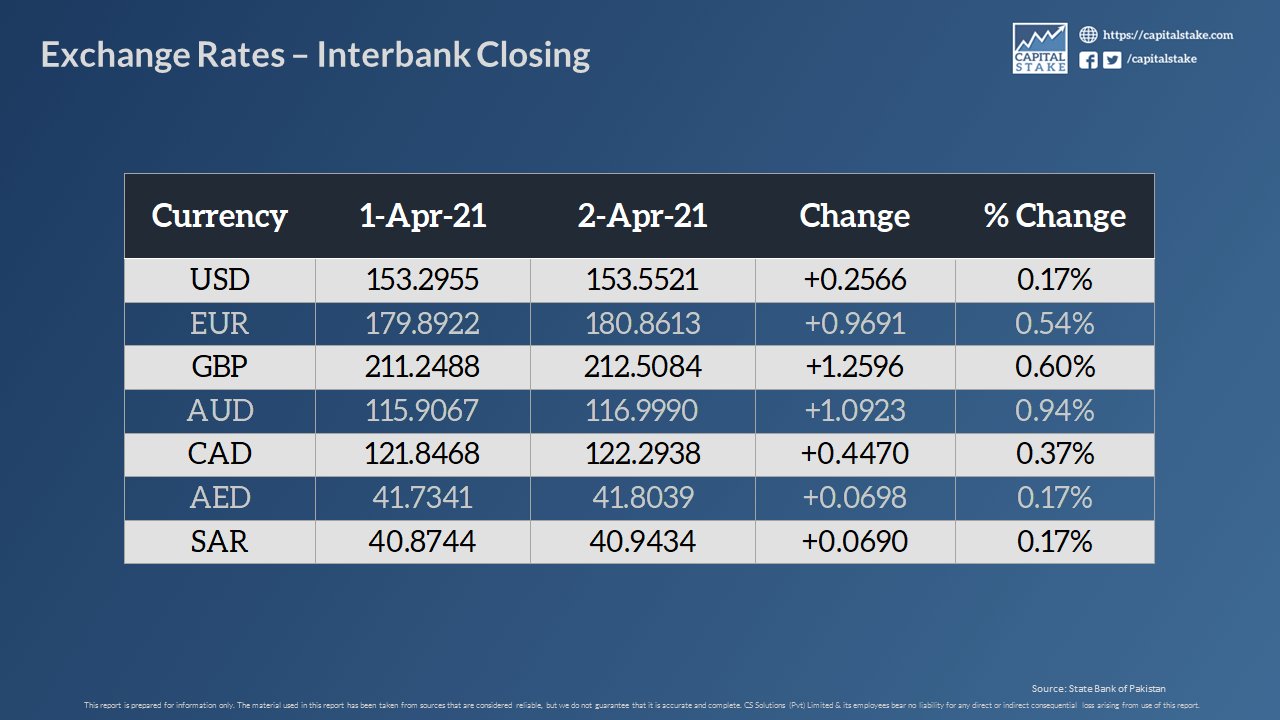 Pakistani Rupee Makes Another Big Jump Against the US Dollar

The PKR had also been improving gradually against both the UAE Dirham (AED) and the Saudi Riyal (SAR) in the interbank market but posted losses yesterday and today. PKR lost 6.9 paisas against both currencies today.