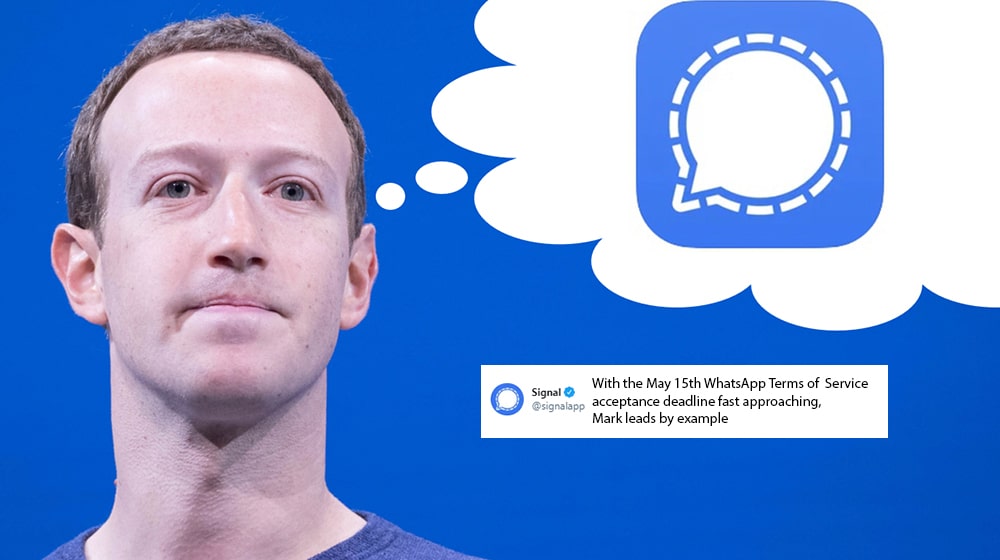 Facebook owner and co-founder Mark Zuckerberg was among the 533 million Facebook users whose personal information was reportedly leaked on 3rd April.

Although the vulnerability has since been fixed after some standard security checks and upgrades, it turns out that Zuckerberg’s contact details were also leaked in the process.

The Facebook founder is reportedly an avid user of Signal (a messaging app that recently went viral garnering millions of new users) over Zuckerberg’s big data sharing updates to the Facebook ecosystem.

In another turn of events, Mark Zuckerberg also respects his own privacy, by using a chat app that has end-to-end encryption and isn't owned by @facebook

Now, it’s somewhat possible that the Facebook founder was using the app just to get a real feel about how the competition is doing. Regardless of what might be true in this case, the creators of Signal have “hailed” Zuckerberg for using their app.

With the May 15th WhatsApp Terms of Service acceptance deadline fast approaching, Mark leads by example:https://t.co/Mt5YksaAxL

If you’re looking for any takers in this story, note that ever since news about Zuckerberg using Signal went viral, the alleged Signal account has been taken down.