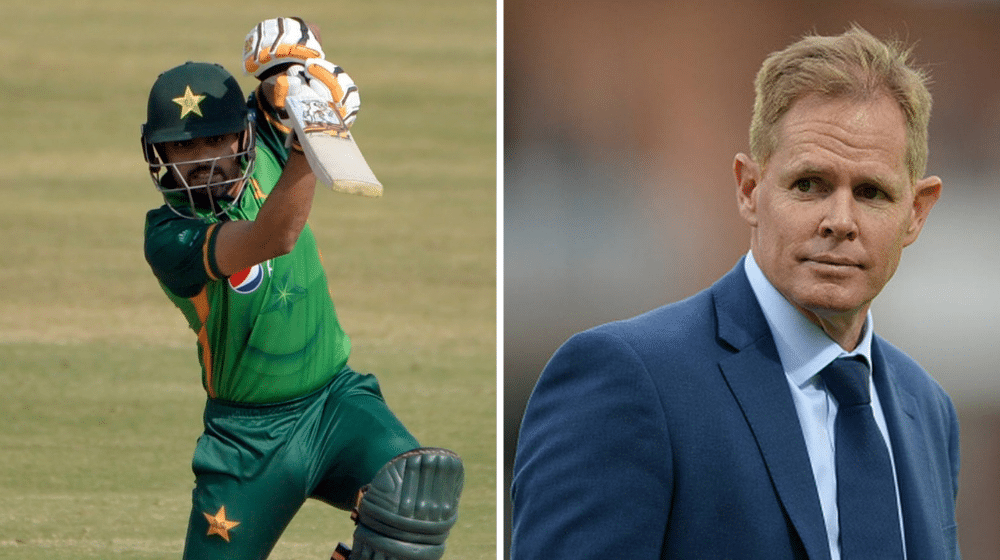 Former South African captain, Shaun Pollock, is impressed with the performances of the star top-order batsman, Babar Azam, and believes that every aspiring young batsman should copy Babar’s technique to improve their batting.

Pollock believes that Babar’s calmness and a clear-cut plan make him a dangerous batsman and said that Babar would only improve as he gets older. Pollock added that Babar has performed in various conditions, and his ability to play on any sort of pitch is what makes him such a great batsman.

“The technique that he has got, I have been really impressed. I mean, I see that if a youngster is looking to copy a technique, you can’t go far from Babar Azam,” Pollock said.

“He gets into a relaxed position and he gives himself the best chances to be effective in all conditions, whether it’s slower or bouncier, fast or seaming; he has got such a good technique that he is going to stand the test of time,” he added.

Pollock also praised Pakistan for their commanding series win against the Proteas in South Africa. He said that the Pakistan team adjusted well to the South African conditions and played some spectacular cricket to win their second-ever ODI series in the rainbow nation.

Pollock also praised the Pakistan wicket-keeper, Mohammad Rizwan. He said although Rizwan did not perform up to his usual expectations, he is a fantastic cricketer. He concluded that Pakistan needs to find a hard-hitting batsman in the lower order to improve their finishing.