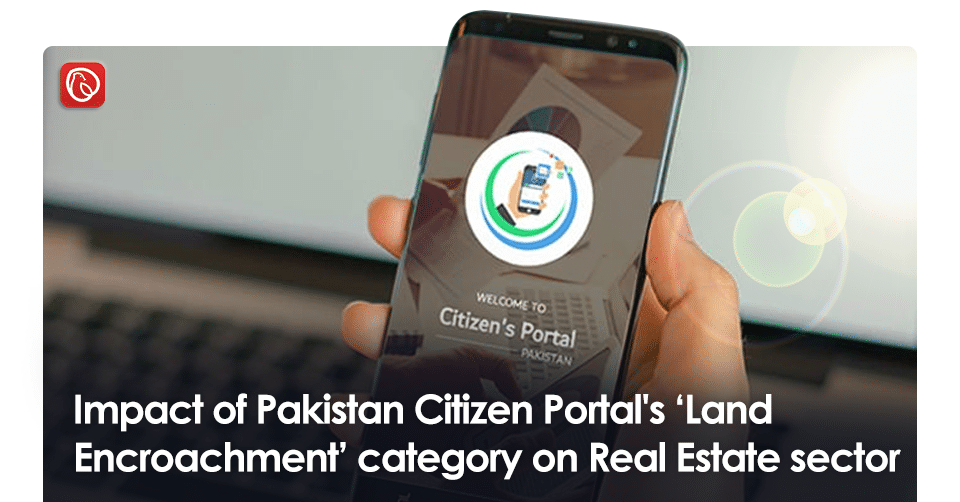 Land encroachment is one of the major impediments in urban development. This illegal activity is a common practice not only in Pakistan but also dominates a major portion of urban culture in many developing nations.

The land encroachers do not have a defined set of patterns, they illegally occupy public and private land alike thus, creating major problems not only for the citizens but also for state authorities as well. As a result, the state has to allocate new resources to tackle the encroachers or the problem becomes grave and gets out of hand otherwise.

Graaan.com through this blog sheds light on the inclusion of the ‘land grabbing/qabza mafia category in the Pakistan Citizen Portal (PCP).

Pakistan Citizen Portal as a Redressal

However, things have started to take a new route; the mediums to lodge complaints against the land grabbers are becoming convenient and shifting on digital mediums. Such moves are in line with the policy of the incumbent government for improving public service delivery, promoting e-governance, and linking citizens directly with the relevant authorities.

Pakistan Citizen Portal (PCP) -the largest online complaint redressal platform developed on the directives of the Prime Minister is set to address the issue of land grabbing and encroachment in the country.

The government is going to dedicate a special category for land grabbing which will not only be used for lodging of complaints but also a complaint redressal platform. Before this initiative, people had to take the route of courts for lodging the complaints and had to wait for a long duration for the adjudication.

The foremost impact of the inclusion will be in the form of increased credibility. The real estate sector of Pakistan has a big room for transformation, the inclusion of the complaint redressal category on PCP will bring one step forward in the transformation.

The credibility of the real estate sector is already marred by illegal activities and land grabbing is one of them, with people having a convenient digital medium for reporting and lodging complaints the system of checks and balances will be increased in the real estate sector. Moreover, the quarterly review meetings will help to fulfill the motive of the portal.

Paving a New Course for Future

The inclusion of a separate category will help to devise a new course for the future particularly in the real estate sector. The significance of this point is also reflected in the notification issued by the Prime Minister office as it will make the administration cognizant of the issues pertaining to land grabbing, highlighting shady areas which have proved to impede the growth of the real estate sector, and gaining significant input for the policy formulation.

It is a common occurrence in the real estate market of Pakistan that illegal housing societies are developed on the state’s land which deprives the state of its useful resource and proves to be a hurdle in future urban planning. This initiative of the government will prove nip in the bud for land encroachment.

Similarly, the inclusion of categories in PCP can strengthen the cause of providing affordable housing and also meeting the housing shortfall. State rather than purchasing new land can build new housing units on the land retrieved from land grabbers.

It has been stated by the government that it will use the retrieved land for different purposes –using the land for recreational purposes and also providing shelter to the poor.

One of the foremost aspects, the complaint lodging, and redressal mechanism will also assist the efforts of the digitization of land records. For a very long time efforts have been underway to digitalize the state land records so that accountability can be brought into the land governance.

Gaining the Confidence of Overseas Pakistanis

Therefore, the new category in the citizen portal will act as a guarantee to the investment in the real estate sector along with increasing the credibility of the sector.