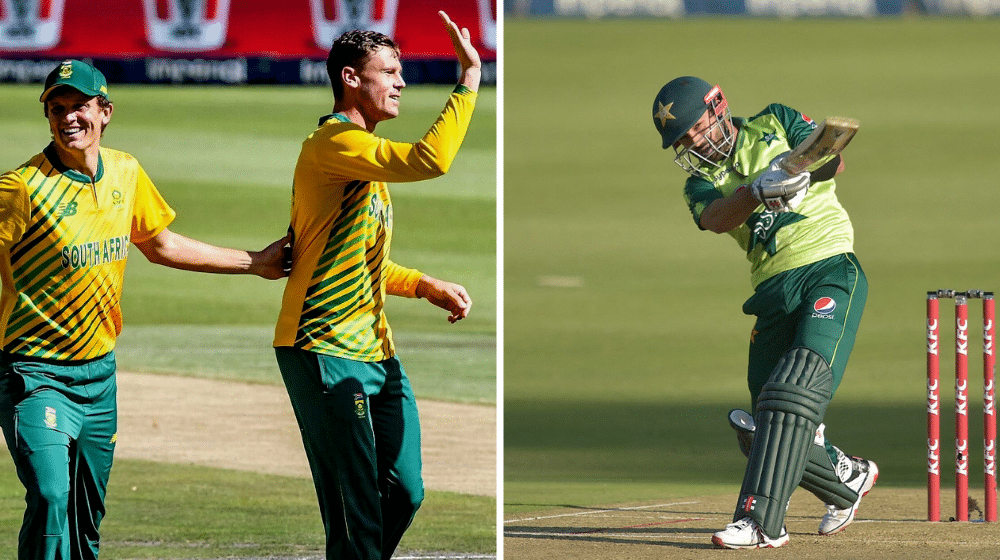 Pakistan wicket-keeper batsman, Mohammad Rizwan, uncharacteristically fell on the first ball of the match in the second T20I against South Africa, putting immense pressure on Pakistan’s batting line-up. Batsmen failed miserably on the day, which led to a six-wicket loss for the Men in Green.

South African spinner, George Linde, revealed that South Africa planned to get ‘arrogant’ Rizwan to play a rash shot in the opening over and claim his wicket. Linde revealed that they deliberately placed the mid-off fielder inside the circle and hoped that Rizwan would try to hit a big shot in the same direction.

Luckily for South Africa, Rizwan attempted exactly that but failed to clear the mid-off fielder, handing an easy catch to Aiden Markram at the edge of the 30-yard circle.

“I was actually glad he came down the wicket first ball. We tried to play with his arrogance a little bit, not saying he’s arrogant in a bad way, but we were trying to force a false shot out of him. That was our plan, maybe two balls we were going to try and keep mid-off up to see if he plays a false shot. Luckily he did, so that worked in our favor. Very glad to see the back of him given how much damage he’s done against us of late,” Linde said.

PCB Suffers a Major Loss Due to COVID-19

Linde was named as the man of the match in the second T20I for his magnificent all-around display. He picked up three crucial wickets of Mohammad Rizwan, Sharjeel Khan, and Mohammad Hafeez before finishing things off with the bat with an unbeaten score of 20, helping South Africa to level the series 1-1.