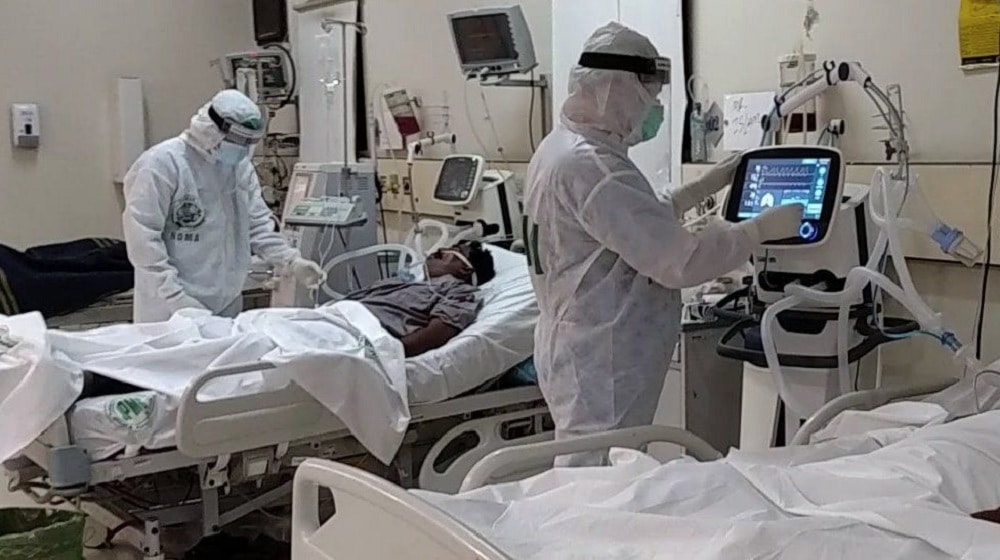 The Government of Punjab might have governance issues and almost no control on bureaucracy mainly because of the Chief Minister (CM) but its performance in the health sector is quite commendable. In just two and a half years, the provincial government has built (and begun building) more need-based hospitals across the province than the PML-N government had in its last 34 years, and unlike it, has not restricted this development to central Punjab.

In a recent video, the Digital Media Focal Person to the CM, Azhar Mashwani, provided a rundown of all the health projects that have been initiated by the provincial government in more than ten cities.

He stated that for the first time in 77 years Sir Ganga Ram Hospital (Lahore’s largest hospital) was expanded in February 2020 with the foundation of a Mother & Child Ganga Ram Hospital. A total of Rs. 7 billion have been allocated for the hospital consisting of 600 beds.

Mashwani said that the project is close to completion and is the biggest hospital built in Lahore since 1994. The ten-story building will be completed within a year at a cost of Rs. 4 billion, and Rs. 3 billion will be spent on the latest healthcare equipment

Another hospital is being built in the Old Sabzi Mandi near the Arfa Kareem Technology Tower in Lahore. It is a 1000-bed general hospital, and its construction will begin next month. This hospital will be established on 124 kanals of land of the Lahore Development Authority (LDA) at a cost of Rs. 9 billion. It will have a capacity of 400 beds in the general ward, 400 beds in the Cardiology ward, and 200 beds in the Blood Diseases wards.

The construction of the Nishtar-II Hospital comprising 1000 beds on an area of 12.14 acres in Multan is also nearing completion. Through this project, an additional 1000 beds will be added to the existing facility of 1800 beds at Nishtar Hospital. The expansion project will be carried out in three phases. CM Sardar Usman Buzdar had laid the foundation of the project in April 2019.

The Sardar Fateh Muhammad Khan Buzdar Institute of Cardiology in Dera Ghazi Khan is also under construction and is intended to aid the residents of DG Khan and the adjoining areas of Balochistan. The 200-bed cardiac care hospital will have the best medical provisions and all sorts of necessary facilities.

A 200-bed Mother & Child Hospital along with a nursing college is under construction on a plot area of 300 kanals in Mianwali. It is being built to ensure the availability of qualified teams of physicians, technicians, nurses, and administrative staff to expecting mothers to facilitate them in labor and delivery and also to treat other health problems of women and children.

The government has many more health projects in the pipeline apart from these ongoing ones.

The focal person of the CM stated that the tender of the Mother & Child Hospital in Layyah and one in Purani Ghala Mandi, Multan have been approved. Overall, seven cities of Punjab, including Attack, Rajanpur, and  Bahawalnagar, will get Mother and Child Care hospitals. Sialkot and Gujranwala were also recently added to this list by Prime Minister Imran Khan.

Sheikh Zayd II Hospital which is to be constructed in Rahim Yar Khan (RYK) is another massive project. The Infrastructure Development Authority will execute the New Medical Complex for the Sheikh Zayed Medical Complex, RYK. The hospital will be a General Hospital with Out-Patient, OTs, Ophthalmology, Neurology, and other major medical departments.

In another step to revolutionize the health sector, health insurance of up to Rs. 500,000 to 700,000 will be provided to every citizen of Punjab for one year by December. Under this program, the beneficiaries will be provided a health insurance card, and two distinct packages will be given to the citizens. The first package will provide secondary care coverage for hospitalization up to Rs. 60,000 per family per year, as well as coverage for eight priority diseases up to Rs 300,000 per family per year.