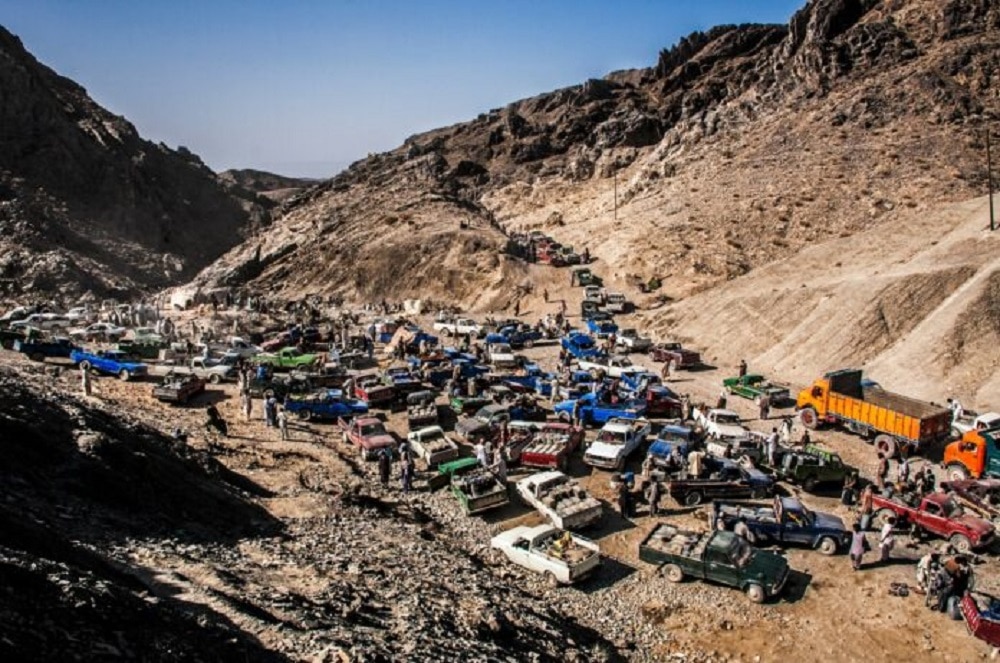 The Inquiry Commission report on shortage of petroleum products further disclosed that after having interviewed many people in the business including the Customs authorities, the Commission is of the considered opinion that the seized quantity is only 20% of the actual smuggled amount.

In this process, the Commission made use of many sources and they supplied information on the condition of non-attribution. If one takes this figure of 20% to be true, the amount is approximated at Rs. 240 billion in loss to the Government in one financial year.

The report made very interesting disclosure that it can be gauged that the penetration of smuggled HSD is widespread across Punjab, Sindh, and Balochistan. Smuggling can also be curtailed significantly if such filling stations are reprimanded for their illegal sale and purchase of smuggled petroleum products through penalties and cancellation of licenses.

One can see that there is an unusual rise in consumption in the month of June 2020. Taking other variables as constant and given the fact that the Iran border was tightly shut due to COVID 19 pandemic, the increased amount in consumption can be attributed to the quantity of smuggled HSD and MS. This being so in view of the fact that nothing extraordinary happened this year that was not happening during the year 2019. Rather, due to COVID 19 pandemic, the economic activity was slow compared to the last year. Thus, the unusual increase can be attributed to the stoppage of smuggling as the same quantity was now being consumed legitimately and hence reflected in official figures, the report said.

As can be seen that the quantum of smuggled petroleum products is worked in two different ways. However, the second method may entail some flaws in terms of the total sales as reported by the OMCs in the month of June 2020. This has already been explained in the OMCs chapter that the OMCs data is very likely fudged and exaggerated in the month of June.

The Federal Board of Revenue (FBR) figures, however, are authentic and accurate as the exact quantity of confiscated goods (MS and HSD) is given. Hence, the figure of smuggled goods and consequent losses to the Government Exchequer of Rs. 240 billion is more authentic.

The report said that another avenue that has come forth is the smuggling of petroleum products by sea. In this regard, BYCO is reportedly involved in this nefarious business. Since BYCO has its own refinery in Hub, a far-off and secluded place, there is hardly any check on its imports and what it gets smuggled in. The report is substantiated by the fact that BYCO does not have a pier and berth at the refinery.

Two specific cases of smuggling through ships have been discussed in Chapter 15. Both of them belonged to BYCO Petroleum Pakistan Ltd. (BPPL). M.T. Rhea, spotted on the tip-off from an international intelligence agency, carried Iranian oil to SPM of BYCO. Second ship, again of BYCO, M.T. ELSA was sent back without being subjected to any laboratory confirmation. M.T. Rhea, however, was allowed to decant and by the time reports came in of it being contraband, it was already pumped into the supply line. The question of test report submitted by HDIP was challenged by BYCO in the Sindh High Court and the matter is stil pending adjudication.

Clearly, BYCO Refinery imported cheap Iranian crude oil with malafide intentions through fake and forged documents. This was also in contravention of sanctions imposed on Iran. The possibility that the importer company had transferred foreign exchange of Pakistan to Iran through some illegal means, thereby indulging in money laundering, is a matter of further inquiry, the report said.

It said that the business of smuggled products is thriving as it offers a far handsome profit as compared to the margins allowed under the official pricing mechanism. It has been observed that the purchase of smuggled petroleum products and its consequent sale on filling stations is completely a decision of respective filling stations to go for cheaper smuggled product instead of following the legal channel by placing a demand to the OMC under which they are operating.

Based on the figures provided by the FBR authorities and interviews, it can safely be deduced that HSD is being smuggled inside Pakistan in larger quantities than MS. Hence, the owners of filling stations are more likely to purchase smuggled HSD as compared to MS. Under the context of this analogy, the sale figures of both MS & HSD provided by OMCs to the Commission were analyzed. The aim was to identify filling stations that had considerably high purchases of MS but almost no purchase of HSD.

A total of 486 filling stations were identified across Pakistan by this simple check based on the criteria mentioned above. The highest count was observed in Karachi, Sindh, having 41 such filling stations followed by Quetta, Baluchistan, having 32 filling stations. Some of these filling stations had monthly MS purchases as high as 600,000 liters but no purchase of HSD. They are highly likely to be involved in the malpractice of sale and purchase of smuggled HSD, the report added.