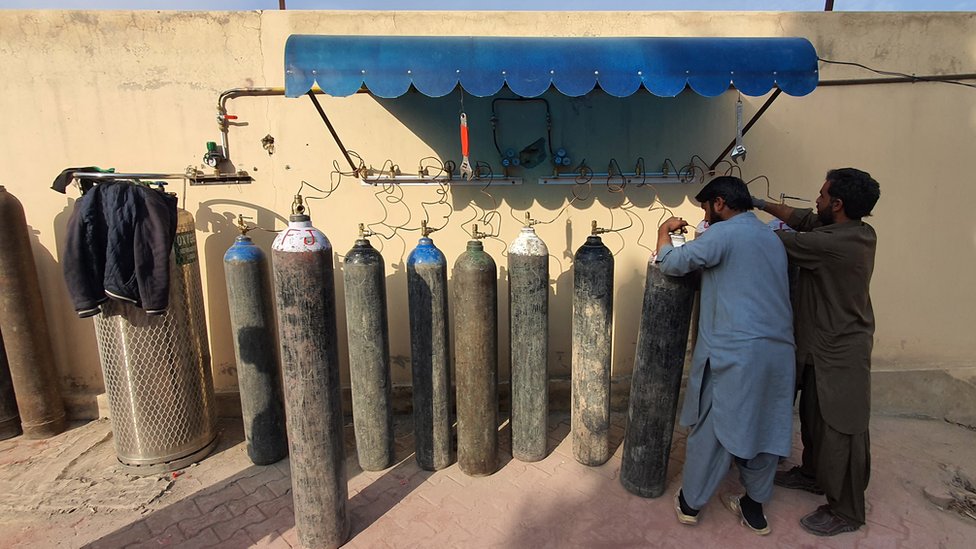 Keeping in view the third wave of coronavirus in Pakistan, the government has given the green signal for the restoration of the oxygen plant of Pakistan Steel Mills (PSM), reported Express Tribune.

The National Command and Operation Centre (NCOC) has given permission to the National Engineers Welfare Association to conduct a preliminary review of the oxygen plant, which will be carried out over the next few weeks.

The association is affiliated with the PSM and has been given the go-ahead on the recommendation of Prime Minister Imran Khan. The engineers of the association wrote a letter seeking PM’s approval for the revival of the plant.

The approval came within 24 hours of the letter sent to the premier.

Federal Minister for Planning and Development, Asad Umar, had been given the task of rehabilitation of the oxygen plant, who reportedly mobilized the platform of the NCOC for the same.

A team of experts (including members from the Pakistan Army Engineering Corps) will visit PSM’s oxygen plant on Tuesday (today).

The plant has been inoperative since 2015 but all its facilities are still available. According to Mohsin Ali Khan, the convener of the National Engineers Welfare Association, very few equipment will be needed to be imported for the resumption of operations of the plant.

Previously when the PSM was operational, the oxygen plant received power from it directly. However, now with PSM also being inoperative, the electricity will be needed to be arranged from another source. According to Mohsin, now the electricity is being taken from K Electric.

This remains the most important issue as arrangements will have to be made to transmit power to the plant through a heavy line, he added.

A report will be submitted to the government after the initial assessment for the revival plan. After that, the time period of rehabilitation of the plant will be finalized.