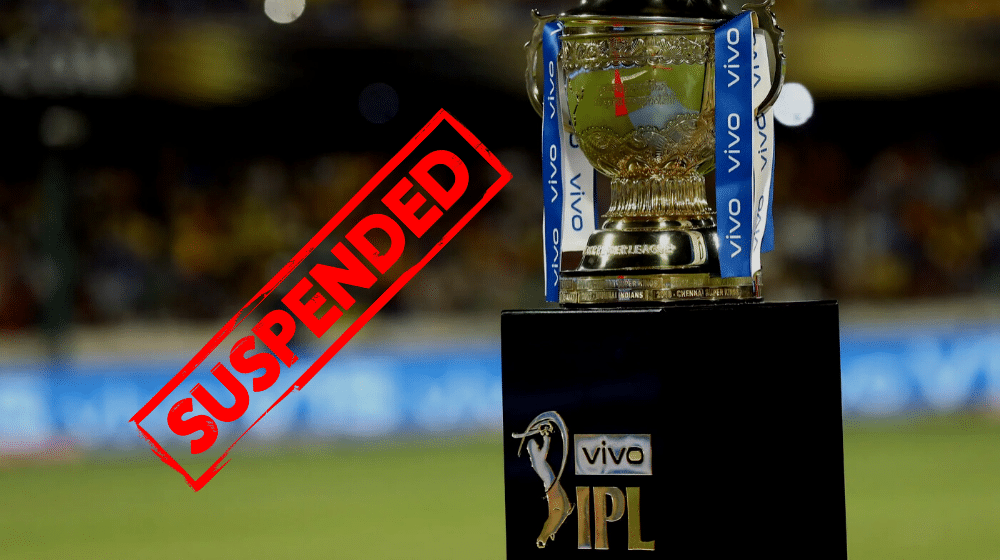 Indian Premier League (IPL) 2021 has been suspended indefinitely after a surge in COVID-19 cases within the franchises. As things stand, players from at least three different franchises have already tested positive for the virus and the dire situation in the country meant that the players were at a much higher risk than before.

IPL Charmain, Brijesh Patel, has revealed that the decision was made keeping in mind the interest and safety of all the stakeholders. It has still not been made clear when the tournament will resume.

Kolkata Knight Riders were the first team to report the infections, as their players, Varun Chakravarthy and Sandeep Warrier, tested positive for COVID-19 on 3 May. Kolkata’s match against Royal Challengers Bangalore, scheduled to be played on 4 May, was subsequently postponed.

The virus spread and the reports of further positive cases started to emerge from several other camps. Former Indian fast bowler and current bowling coach of Chennai Super Kings, Laxmipathy Balaji, was the next one to return a positive test.

The matches were expected to go ahead as scheduled before Sunrisers Hyderabad wicket-keeper, Wriddhiman Saha, and Delhi Capitals leg-spinner, Amit Mishra, tested positive for the virus yesterday. There were rumors that the remainder of the tournament will be shifted to Mumbai, but those considerations were scrapped and the authorities decided to suspend the 14th edition of IPL for an indefinite period.