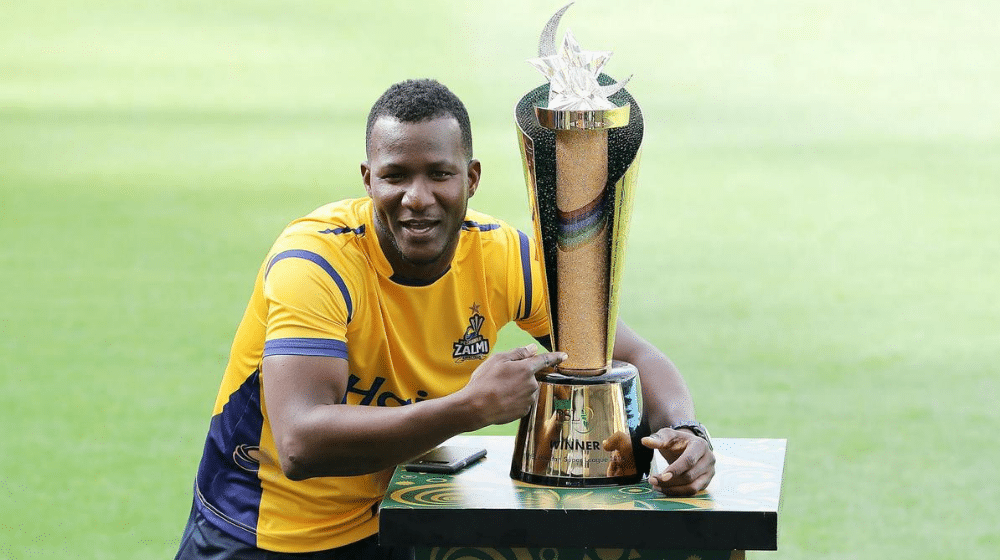 Former West Indies captain and honorary Pakistani citizen, Darren Sammy, has revealed that the security situation in Pakistan has improved drastically over the last few years, and as a result, the cricketing world has changed its perception of the country.

ICC Gets Trolled for a Huge Blunder [Video]

Sammy said that several international players have asked him about Pakistan and have expressed interest in playing cricket in the country.

Peshawar Zalmi’s head coach said that the players now ask him about the golf courses and dinner options available in the country rather than the security situation. Sammy said that it is a positive sign as players don’t have the same hesitation as before.

Sammy said that hosting the entirety of the Pakistan Super League (PSL) in Pakistan was a crucial step and has paved the way for cricket’s revival in the country. Sammy said that Pakistani fans deserve to watch cricket in their country and lauded the efforts of the people to bring back cricket in Pakistan.

“I think the major difference [between] coming to Pakistan now, [and] four years ago [is that] players would be calling me and go, “Darren, I am going over there [Pakistan]. Do you think we should go?” When West Indies was coming, the captain had to call me and go, ‘Man, should I go on this tour?’ Now players are asking where they can play golf, and questions like can we go to dinner in these or these places. The quote-unquote threat of security, that is slowly diminishing from people’s minds and I think that is what we want,” Sammy said.

Sammy has been a part of the PSL since its inception six years ago. He captained Peshawar Zalmi in the first four seasons, winning the title in the second edition before being named the head coach of the franchise. Sammy has had a glittering career, including two World T20 titles as captain of the West Indies.