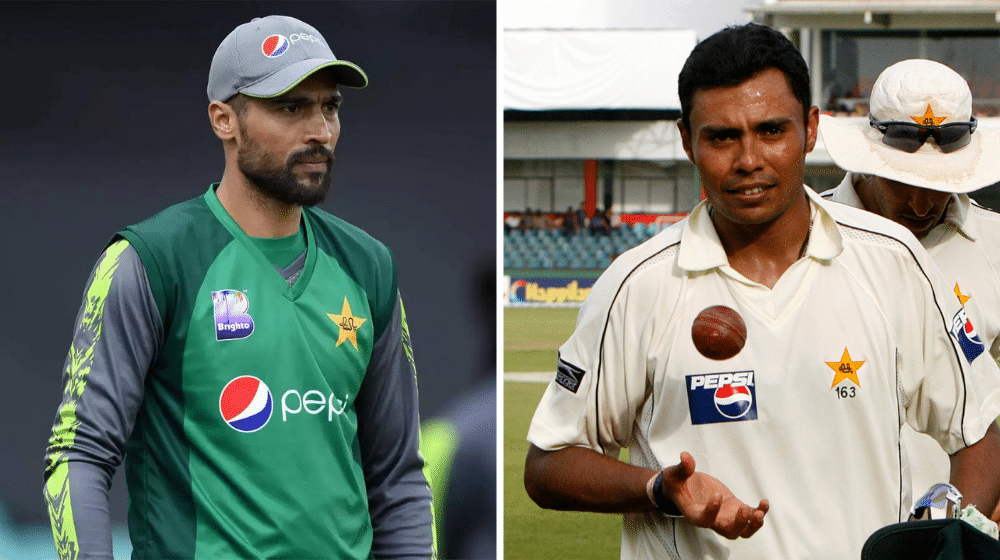 The former leg-spinner, Danish Kaneria, has lashed out at the former pacer, Mohammad Amir, regarding his statements regarding the Indian batsmen, Virat Kohli and Rohit Sharma. Amir recently said that he found it easy to bowl to the Indian duo, and as he has already identified their weaknesses, it is easy for him to dismiss them.

The statement did not sit well with Kaneria, who believes that Amir is giving such ridiculous statements to keep himself in the news. He said that while Amir was a good bowler back in the day, his recent performances have been awful. Hence he has no chance of dismissing the batsmen with ease.

“You (Amir) troubled India in the Champions Trophy final and gave their batsmen a tough time in the Asia Cup as well, but such statements are made when players are about to face each other in an upcoming or ongoing series. Neither are we going to have an India vs Pakistan series, nor are you going to bowl to Rohit Sharma,” Kaneria said.

Kaneria said that Amir’s statement was only a publicity stunt so he could remain in the limelight in the media. He also dragged the former all-rounder, Abdul Razzaq, into the mix, claiming that Razzaq’s statement about Jasprit Bumrah being a ‘baby bowler’ was ridiculous as well.

He lauded the batting of Rohit Sharma, claiming that he is one of the best batsmen in the history of cricket who can play both spinners and fast bowlers expertly. He advised Amir to focus on his bowling and try to get back to his best rather than talking about players that he will not bowl against.