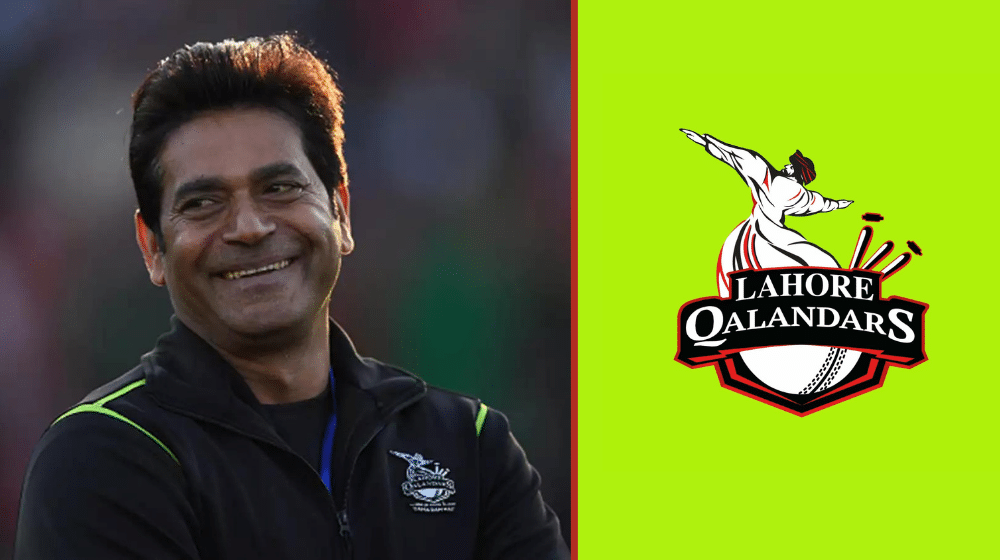 Former pacer, Aaqib Javed, believes that Lahore Qalandars have a great opportunity to win their first-ever PSL title as the tournament has shifted to Abu Dhabi. Qalandars’ head coach said that the conditions at Abu Dhabi suit the team combination and is the favorite ground of their captain, Sohail Akhtar.

Aaqib has been the head coach of the side since the first edition and after four successive years of finishing last, he guided his team to their first-ever final in last year’s competition. He believes that his team has the hunger and desire to go one step further this time and win the trophy for the franchise.

He said that the team has had prior experience of playing in Abu Dhabi, which will be a positive for the side.

“I have high hopes from Sohail. Abu Dhabi is his favorite ground. He was the highest run-getter in the T10 competition in Abu Dhabi. He was the best batsman in Abu Dhabi Cup as well. This ground suits his batting. So, I think Qalandars have the best chance till date to win the title in Abu Dhabi conditions,” said Aaqib.

Here Are The Pakistani Players Drafted in CPL

Aaqib showered praises on the team’s bowling unit and was hopeful that Rashid Khan’s availability will provide a major boost to the team.

He said that the team’s fast bowling unit is impressive, especially the young fast bowlers, Haris Rauf, Dilbar Hussain, and Ahmed Danial, all of whom can bowl at almost 150kph. He said that this bowling attack is the best in the tournament and has the potential to be an international-level bowling unit.