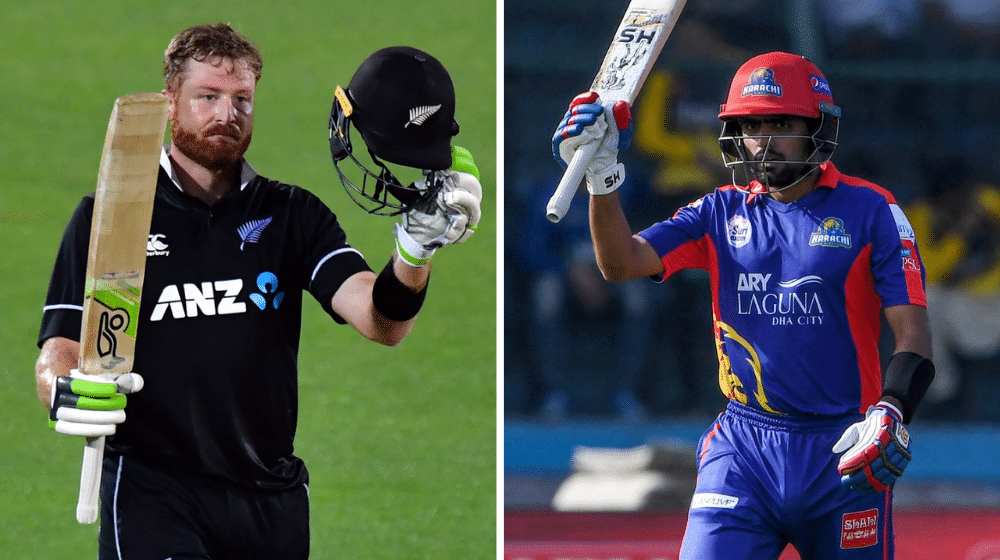 Guptill said that Babar is a world-class batsman and it would be an honor to open the innings with him. Guptill said that his aim is to provide great starts for the team and score runs at a fast pace alongside Sharjeel and Babar.

Here Are The Pakistani Players Drafted in CPL

Guptill was not originally a part of the Karachi Kings squad, he was picked up by the franchise in the replacement draft, held a couple of weeks ago. This will be Guptill’s first outing in the PSL.

“This will be my first appearance in the Pakistan Super League and I am really looking forward to taking the field for the defending champions Karachi Kings. PSL is a quality tournament and I am excited about my journey with the Kings who are a very good side,” Guptill said.

The 34-year old hard-hitting opener said that Karachi has covered all the bases and has a very strong squad. He showered praises on Mohammad Amir and said that he is a magnificent bowler. Guptill believes that Karachi has all the tools required to win the PSL title and was hopeful that they will become the first team to successfully defend the PSL title.

Guptill is one of the finest T20 batsmen in the world, he has scored over 7,000 runs at an average of 32.45 in 271 T20 matches in his career. He has been a part of the Indian Premier League (IPL) and Caribbean Premier League (CPL) over the years and will be making his PSL debut in the coming days.