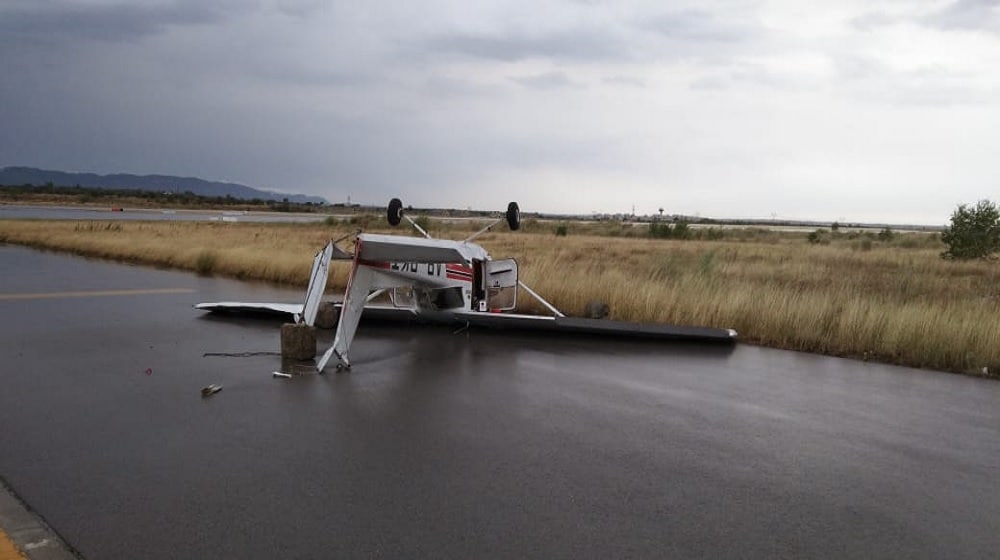 Strong winds and rain in the early hours of Thursday overturned the Flying Club’s training aircraft at Islamabad International Airport.

According to the details, a small training plane of the private company in the parking lot had been upturned and was severely damaged by the heavy rainfall.

Travelers Banned From Visiting Gilgit and Skardu Without Vaccination Certificate

The reason for this incident is reportedly the lack of protective measures at the airport that had made the place susceptible to harsh weather conditions.

The heavy rainfall also uncovered the mismanagement at the airport as it damaged the building. The doors and windows were not spared, and even the roof of the immigration hall began to leak, damaging computers and other electrical appliances. The ceiling of the airport had collapsed in some places, making it difficult for the staff to work.

The flight operations at the airport were also suspended due to the harsh weather conditions.