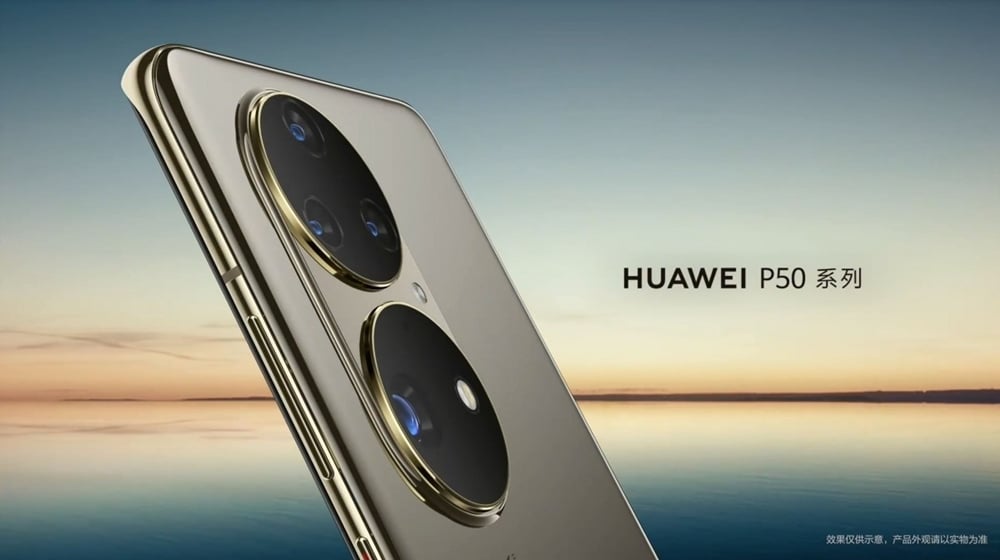 Yesterday, Huawei held a huge event where it unveiled the long-awaited Harmony OS 2.0 as well as the first set of tablets running the new OS along with a new smartwatch, and some gaming monitors. During the event, the company also officially teased its upcoming P50 flagship series.

The promo shows a slow pan of the camera system of the Huawei P50 Pro and concludes with a wide view of the phone on a sunset horizon.

The teaser reveals the metallic gold variant of the flagship series in all its glory. The handset has a pill-shaped camera aisle on the back that is divided into two platforms. One of the platforms houses three smaller imaging sensors and the other one houses a relatively bigger camera with an LED flash.

The voice-over on the teaser discloses that the P50 series has a beautiful, thin, and light design and is designed to raise the bar in phone photography.

The company did not reveal any details about the launch date of the upcoming series.