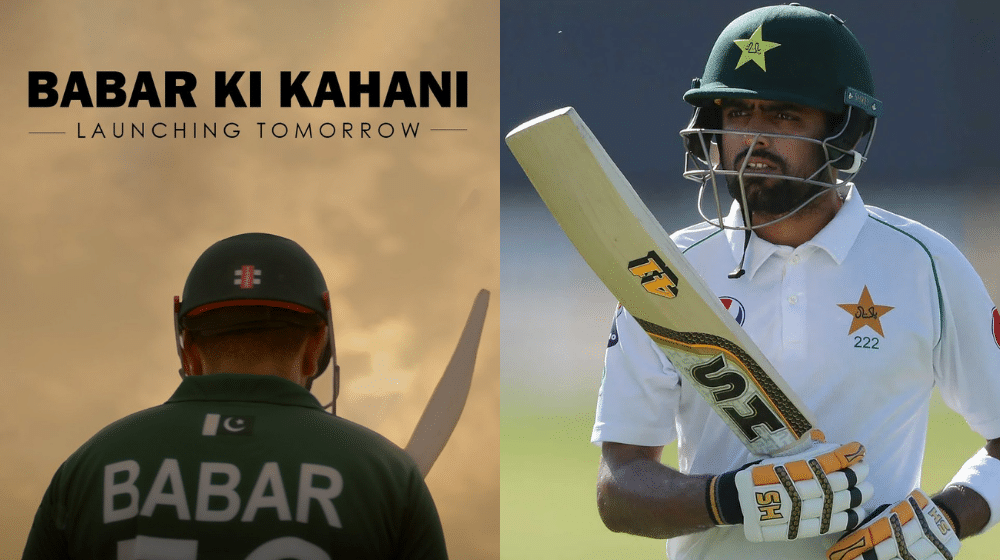 Pakistan’s all-format captain, Babar Azam, is arguably one of the best batsmen produced by Pakistan in its cricketing history. Since his international debut in 2015, Babar has achieved monumental success in a relatively short period of time and is considered one of the best cricketers of the modern era.

Babar Azam Opens Up About Comparison With Virat Kohli

According to Babar, he has faced a lot of hardships throughout his journey to becoming the Pakistan captain and it has taken him years of hard work to reach the level he currently is. Babar’s hard work and determination led him to become the number one ODI batsman in the world, ending the three-year reign of the Indian captain, Virat Kohli.

To make people aware of the struggles and the journey to becoming a top athlete, Babar has decided to tell his story through ‘Babar Ki Kahani’. Pakistan’s captain shared the first look of ‘Babar Ki Kahani’ on Twitter, with the caption, “Meri Kahani, stay tuned! #BabarKiKahani”

The tweet caused a lot of buzz on the social media platform, garnering over 23,000 likes and 1,500 retweets. While some fans expressed their excitement on the news, others were less than impressed as they believe that Babar still has a long way to go before he shares his journey with his fans.

Let’s have a look at the reactions of the fans:

Babar you are doing great BUT we have along way to go ! Please focus on the World Cup and team selection . We want that #BabarKiKahani that ends with a World Cup victory .

Thanks Almighty Allah to have you in our National Team. Allah blessed you with more success in your whole life.
Awaiting eyes for #BabarKiKahani.
Work hard and focus on world cup and add a memoriable moments in which you lift the world cup for pakistan.

You are still long way to go to be a legend, you are the asset of this country pls its a humble request foucus on cricket and stay away from distractions we had already lost many players due to this.

From a ball picker to the No.1 ODI Batsman in the world and the captain of all formats, this has to be one of the best cricketing stories. Can't wait Skipper. #BabarKiKahani

A long way to go before making "babar ki kahani".

If he gets us WC then the saga will be complete https://t.co/kCj2qNXJo5