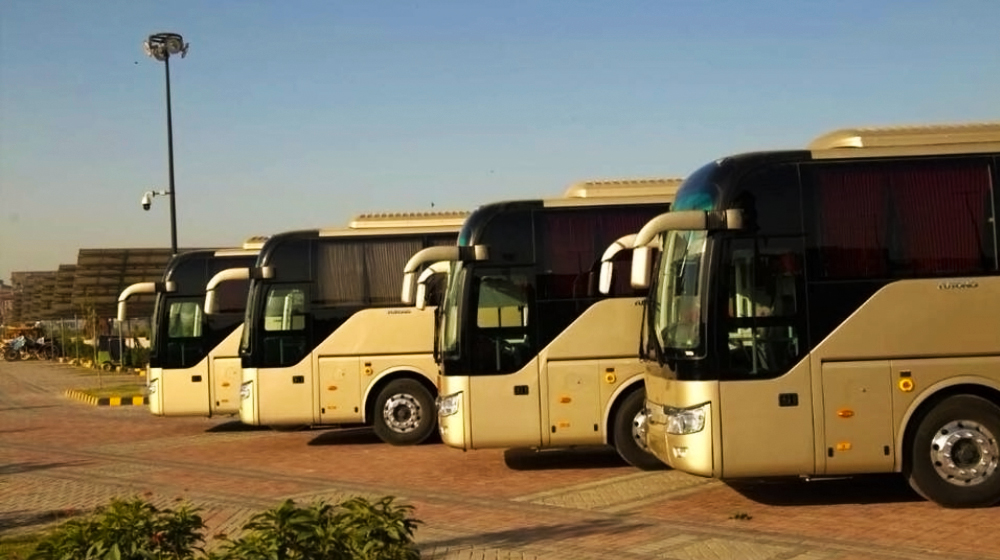 High-speed highways require drivers to pay full attention in order to ensure safety for themselves, their passengers, and vehicles on the road. With vehicles driving as fast as 110-120 kph, the margin for error is almost non-existent, especially for large commercial vehicles.

Unfortunately, the careless attitude of drivers and transport service owners across Pakistan is starting to become perilously common, resulting in numerous high-speed accidents and fatalities of late.

All DFSK Glory 580 Models Get A Huge Price Hike

Last week, a bus driver rear-ended a trailer truck at a high speed on the M2. The driver had reportedly fallen asleep at the wheel, causing the bus to crash directly into the rear of a truck. The collision had resulted in two fatalities and six injuries. The bus and the driver belong to a popular transport service called Faisal Movers. 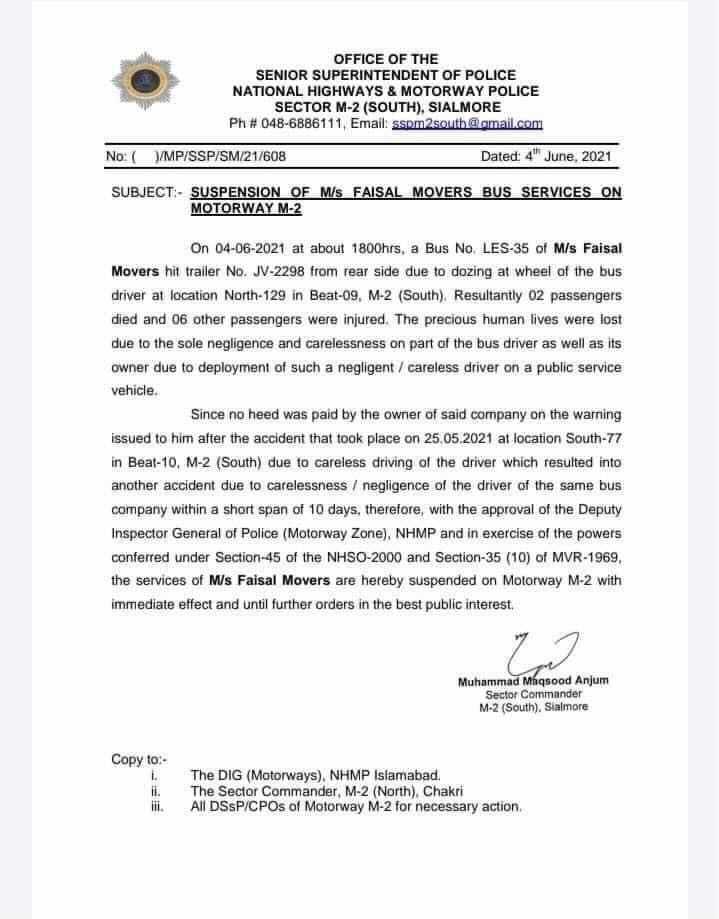 On Friday, the National Highway and Motorway Police (NHMP) released a statement declaring that it has banned Faisal Movers vehicles from the M2 for an indefinite period.

This decision was reportedly approved by the Deputy Inspector General of Police (Motorway Zone) and the NHMP, after considering the fact that this had been the second accident of such nature within a month. The previous accident had reportedly occurred on 25 May 2021. The statement revealed that the same driver and the same bus had featured in both the accidents.

The incidents should serve as a warning to transport services and their drivers, because being banned from the M2 is a huge loss for the services in terms of revenue and customer preference.

Regardless, this ‘loss’ for Faisal Movers is insignificant compared to the loss of innocent lives at the hands of the driver and the service.