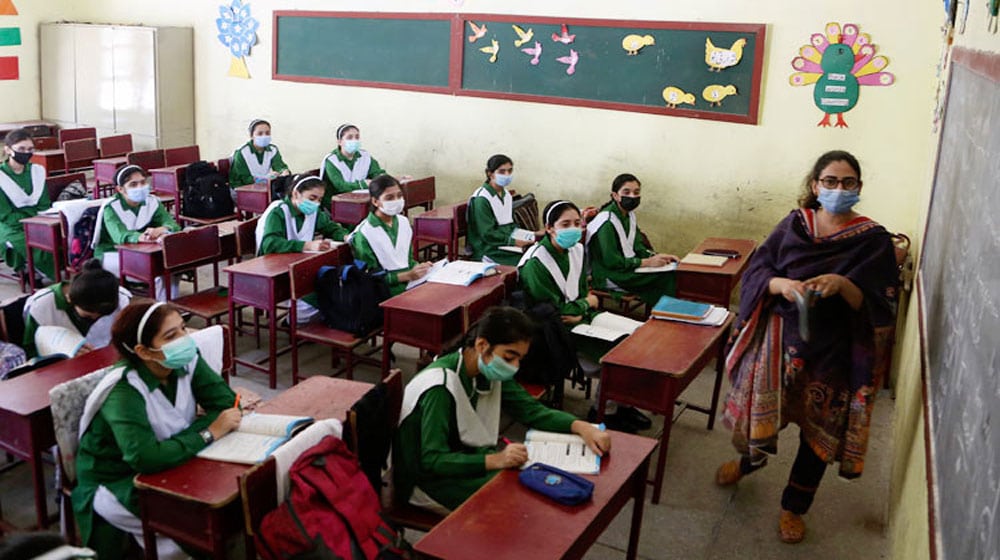 The federal government has decided to promoted students of grades one to seven without exams in all schools operated by the center due to the disruption caused by the COVID-19 pandemic.

Officials concerned said the government has decided to conduct exams of students only in grades V and VIII. The Director-General of the Federal Directorate of Education has sent a summary to the relevant authorities in this regard. Students will be promoted to the next grade based on the marks they got last year. Notably, students from classes I to VIII were promoted based on previous exams last year as well. 90 percent of the students got promoted to the next classes.

The Sindh government, meanwhile, announced on Sunday to reopen schools for the students of class 9 and above from Monday. The provincial education minister, Saeed Ghani, said this in a tweet.

“Sindh Corona Task Force has decided to reopen educational institutions of Sindh for class 9th and above from 7th June (tomorrow) with strict SOPs. All staff must be get vaccinated,” he tweeted.

The Khyber Pakhtunkhwa government has also announced the resume of all private and public medical colleges and universities from Monday as the virus cases declined in the province.

“In continuation of this department’s notification of Even No. dated 27-05-2021, the competent authority has been pleased to direct that all public & private Medical Universities/Medical Colleges, Paramedical/Allied Health Sciences Schools/Colleges shall be opened with effect from 7th June 2021,” read a notification issued by the provincial health department.

Meanwhile, the province has decided to reopen all universities in the province. The KP Higher Education Department issued a notification in this regard, directing all public and private sector universities to adhere to strict compliance with Standard Operating Procedure (SOPs) notified by the National Command and Operation Centre (NCOC).

The decision for scattered reopening was in line with the NCOC’s earlier decision to reopen all educational institutions in the province closed till June 7.

On the other hand, the intensity of the third wave of COVID-19 is gradually decreasing as the country reported a positivity rate below 4 percent for the sixth consecutive day. During the past 24 hours, Pakistan carried out 52,427 tests in the last 24 hours out of which 1,629 returned positive.