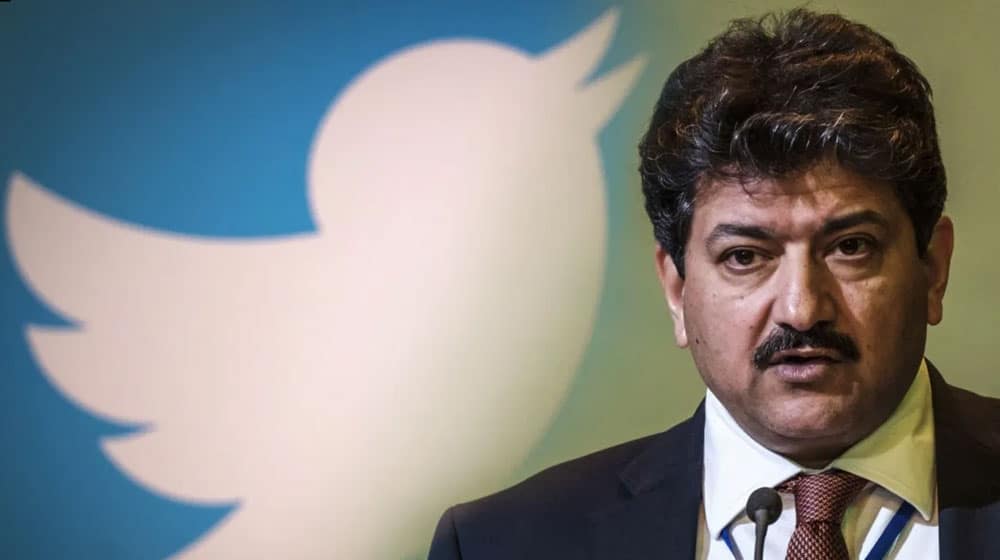 After being taken off air for his furious speech outside the National Press Club in Islamabad, Hamid Mir is now being rumored to have Indian connections and his Twitter account is being dissected.

A young digital journalist recently revealed that Indian administrators are running Mir’s verified Facebook page, leading to suspicions that the Pakistani journalist is being funded by India.

However, the senior journalist has dismissed the accusations, calling them an attempt by some to use his name to gain followers. He also lamented that he does not have an official Facebook account, although he clearly has one.

Mir claims to have reached out to Facebook in this regard and is trying to get a verified account in addition to getting the numerous pages with his name flagged. This includes his verified Facebook page which is at the heart of the controversy.

However, netizens were quick to point out how one’s photographic identification is required to get their page or account verified by Facebook, and wondered how someone had gotten their hands on Mir’s CNIC.

Nonetheless, Mir’s Twitter account is also under scrutiny. A tweep who goes by ‘@meddytweets’ shared surprising information about the former TV anchor’s 6.4 million followers — 1,322,955 have zero followers, 951,733 have only one follower each, and more than 1.8 million (1,839,946) have 2 to 5 followers each.

The analysis stated that 81 percent of the accounts following Mir’s account seem to be bots or fake accounts based on their lack of activity and engagement.

Only 31 accounts following Mir’s Twitter account have around one million followers, while 631 of his followers are verified accounts.

@meddytweets even provided a comparative analysis of Mir’s, Maryam Nawaz’s, and Bilawal Bhutto’s followers. Based on the findings, Mir and Nawaz have over two million (2,129,564) common followers. While Mir and Bhutto have 1,407,367 followers in common, 71,234 of the followers of the Pakistan Muslim League Nawaz supremo, Nawaz Sharif, also follow Mir.