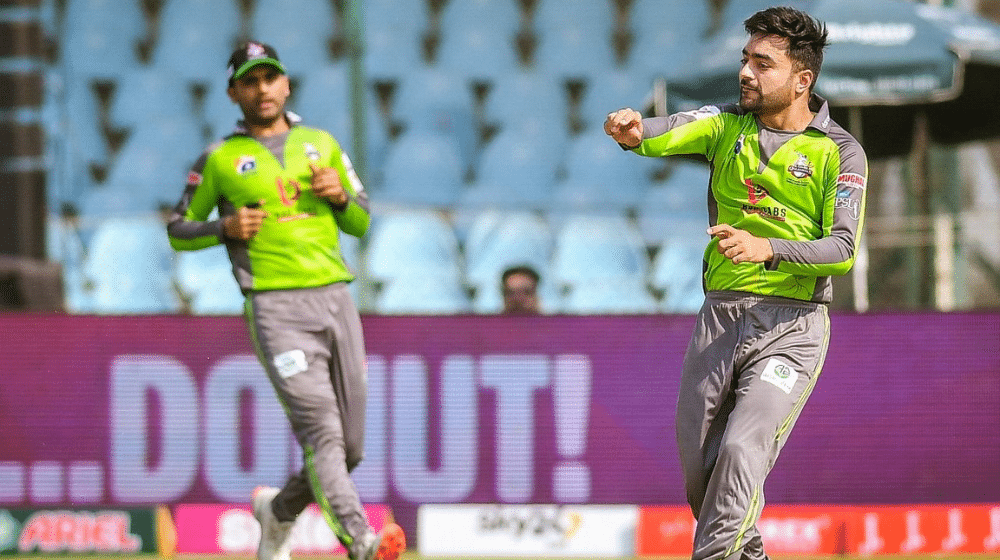 Afghanistan’s leg-spinner, Rashid Khan, revealed that he put his county cricket contract on hold to participate in the remainder of Pakistan Super League (PSL) 6.

Rashid was originally unavailable to play in the remaining matches for PSL 6 as he was scheduled to take part in England’s T20 Blast, but after discussions with his county side, Sussex, he opted to join them after the conclusion of PSL 6.

Rashid appreciated Sussex for their understanding of the situation and was grateful for taking part in the entire PSL 6. Rashid said that he wanted to play in the PSL because of the love of Lahore Qalandars fans.

“Unfortunately, I only played two games in PSL 6 and had to go away for national duty. Now, I had the option to stay back in England, and here, I must appreciate Sussex for their help and understanding as I had to decide between missing five games with the county or playing a whole tournament like PSL, which seemed like a better option, especially as the fans wanted me to play in the PSL,” said Rashid.

Rashid said that taking part in a tournament like PSL is a wonderful opportunity and was hopeful of more Afghanistan players taking part in the tournament. He said that cricket could be the catalyst to bring the people of the two nations closer together and can also help improve the relationship between the two cricket boards.

The 22-year old leg-spinner was hopeful of a series between Pakistan and Afghanistan as it will increase the love and respect between the players of both countries. He said that sports are all about unity between countries.