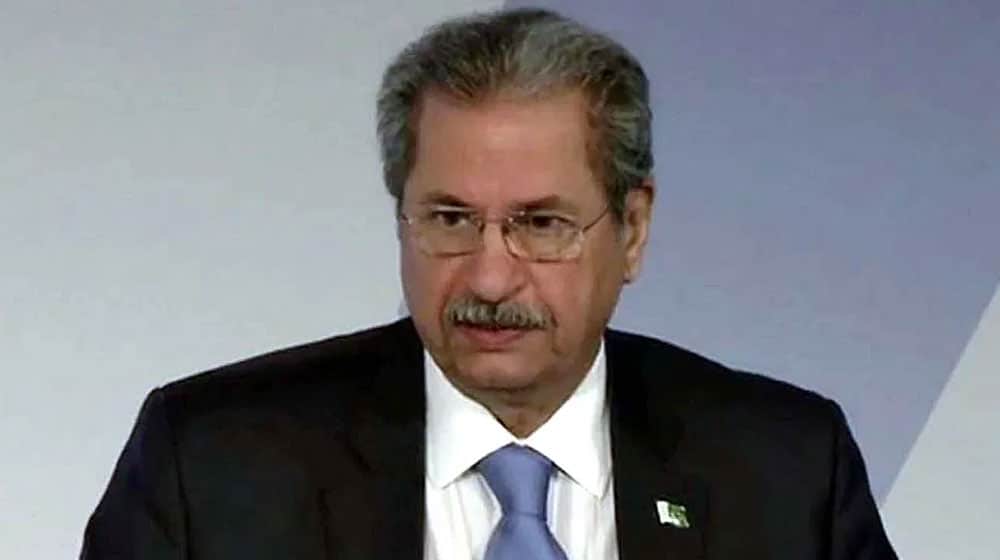 The education ministry said on Monday that final exams for classes one to eight are held internally across the country, and the decision to conduct them rests with the provinces and schools.

The clarification came after fake media reports suggested that the federation has announced to promote students of up to grade seven.

“It is for provinces and individual schools to decide what is appropriate,” a press release issued by the ministry clarified.

“The ministry has issued no guidelines about grade 1-8 exams. The Federal Directorate of Education (FDE) Islamabad, which is directly under the ministry, requested for permission for holding exams of grade 8 which was accorded.”

CIA Scrambles After Pakistan Refuses to Provide Even A Single Airbase

While speaking to Dawn News, Federal Education Minister, Shafqat Mahmood, said provinces and even private schools of Islamabad could decide to hold internal exams of these classes.

He was, however, clear that board exams (for classes 9-12) will be held across the country after July 10, as decided by Inter-Provincial Education Ministers Conference recently.

CIA Scrambles After Pakistan Refuses to Provide Even A Single Airbase

According to sources close to the matter, when the education ministry, in response to its proposal, asked FDE to conduct the exams for class 8, it gave a wrong impression that the students of up to class 7 will be promoted without exams.

However, the issue now has been clarified, as the ministry allowed FDE and the private schools of the Federal Capital to decide regarding the exams of class1-7.