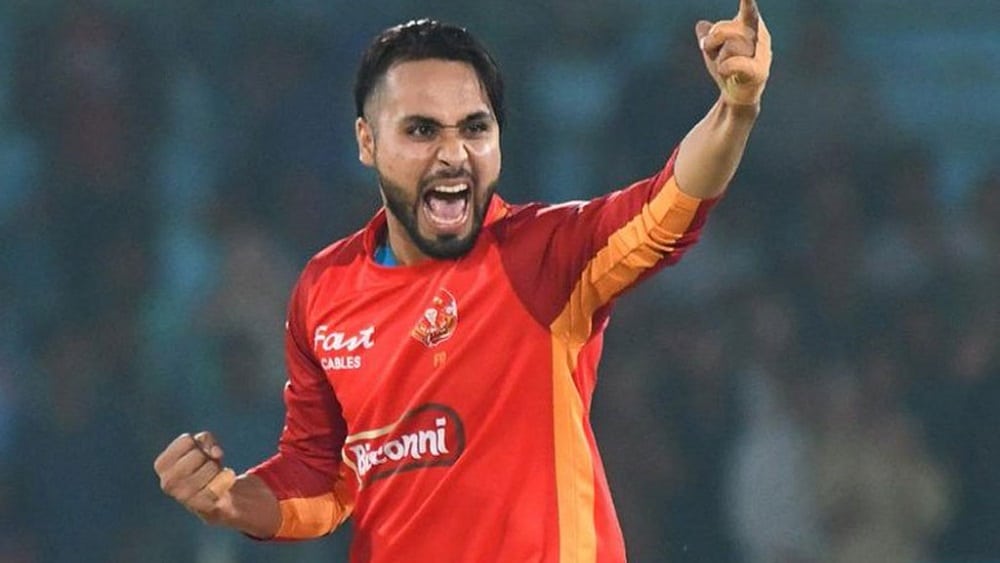 Islamabad United’s all-rounder, Faheem Ashraf, has been sidelined from Pakistan Super League (PSL) 6 action after sustaining an injury on his left hand.

The 27-year old suffered split webbing during last night’s match against Lahore Qalandars and received several stitches due to the injury.

Faheem injured his hand while fielding at short fine leg during the fifth over of the chase. Although he had already bowled his first two overs when he suffered the injury, he was still able to bowl his quota of overs in the match.

According to Islamabad United’s physio, Jason Pilgrim, Faheem has suffered a split between his thumb and index finger of the left hand and five stitches have been applied to the deep wound.

He added that Faheem’s injury means that he is likely to miss some game-time in Islamabad United’s forthcoming matches.