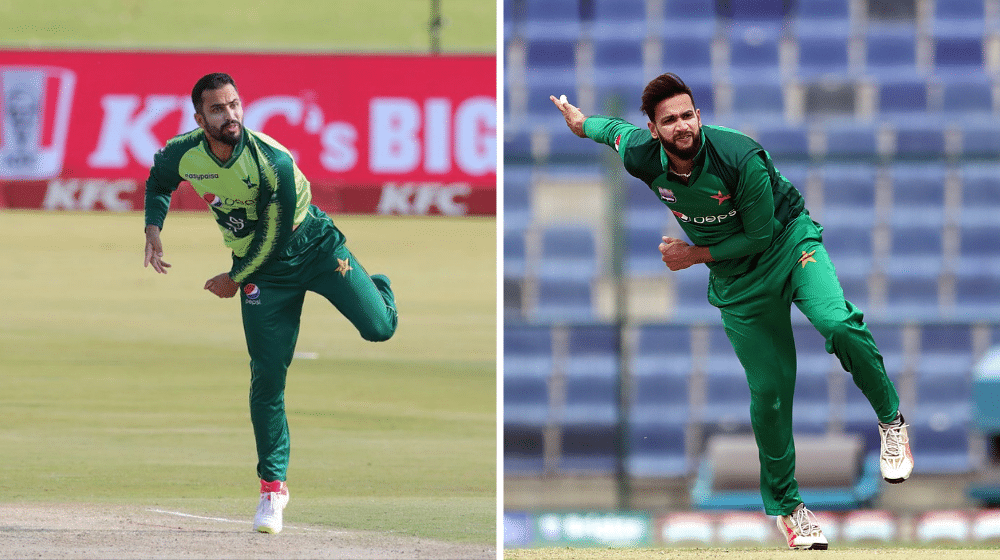 All-rounder, Mohammad Nawaz, said that he is focused on himself and does not pay attention to the competition between him and Imad for the spot in Pakistan’s limited-overs side. Nawaz said that he is looking to improve his cricketing skills each day and use the skills to the benefit of the national team.

“This competition [for a place in the side], at the end of the day, benefits Pakistan team. I don’t think too much about it [competition with Imad Wasim] as I’m focused on doing what’s in my hands; which is improving myself as a cricketer by putting in the hard yards,” said Nawaz.

Nawaz made a comeback to the national side at the expense of Imad Wasim in Pakistan’s recent series against New Zealand, South Africa and Zimbabwe. Imad’s absence from the national team has raised question marks in the cricketing fraternity as many see him as a crucial part of the T20 set-up, especially with the World T20 being held in United Arab Emirates (UAE) this year.

The 27-year old all-rounder is hopeful of a good showing in the ongoing Pakistan Super League (PSL) and is keen on helping his team, Quetta Gladiators, to qualify for the playoffs after a poor start to the campaign. Nawaz said that this is a fresh start for the team and they have some wonderful players that can help turn around their fortunes.

Quetta currently sit at the bottom of the table, having registered only one win in their five matches so far. They will need to put on a good display and win most of their remaining matches to qualify for the playoffs.