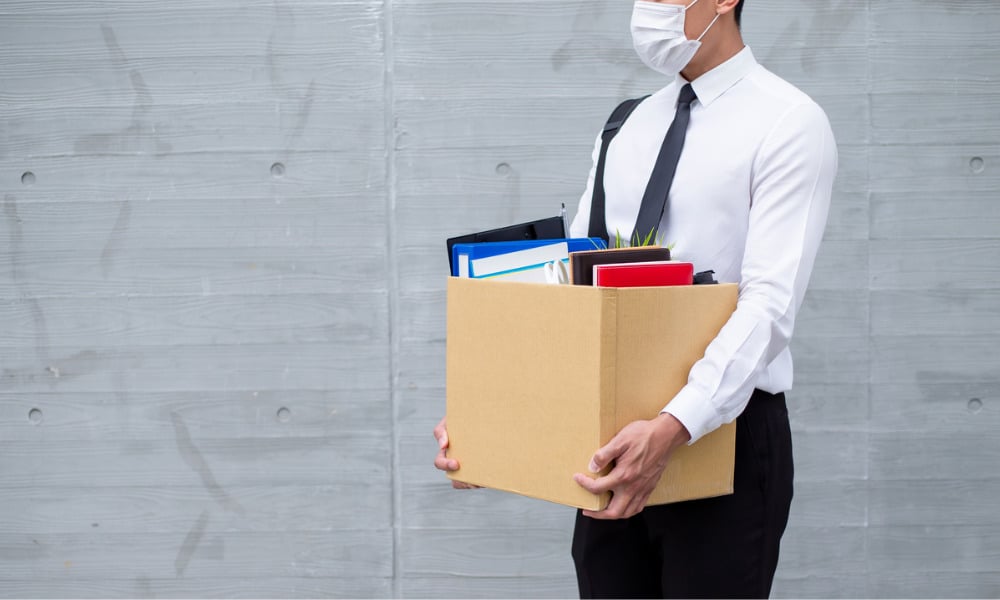 The COVID-19 pandemic has eaten up the livelihood of 20 million people in Pakistan due to preventive lockdowns restrictions locally and globally, which ultimately slowdown in the business activities, according to data upgraded by the Pakistan Bureau of Statistics (PBS).

The survey reveals that the total employment was at 55.7 million workers before the imposition of lockdowns and fell to 35 million when the constraints on movement were at their peak – a decrease of 37 percent.

However, since then, with ease in restrictions and gradual restoration of economic activity, total employment recovered to 52.5 million.

The bureau estimated that around 6.7 million employees experienced a fall in their income along with employment losses.

According to the survey, 27.3 million were affected by the COVID-19 pandemic in Pakistan.

In an interview-based survey of 6,000 households, the PBS ascertained the impact of COVID-19 at the national and provincial levels. It reflects upon the working situation of individuals before and after the lockdown and identifies the most affected industries and occupations.

The survey also presents the distribution of affected workers by industry. It shows that employment in the construction sector was most affected due to the lockdowns: 59 percent of the working population involved in the sector faced job losses, and 21 percent experienced a reduction in their income.

The survey reveals that employment in the construction sector had not made full recovery by October 2020.

It is worth mentioning that the daily wagers (usually construction workers), casual workers, shop keepers, street vendors, taxi drivers were the most affected portion. This implies that the majority affected, i.e., 74 percent, relates to the informal sector and proved to be most vulnerable to these kinds of shocks.

It is also evident that 72 percent of workers in craft-related and plant & machine operators were severely affected, and 57 percent and 52 percent of both occupations lost their jobs during the COVID-19 period (first wave), respectively. This evidence suggests that there is a strong need for devising a mechanism for the inclusion of these workers in social protection programs.

In Pakistan, 35 percent population 10 years and older, i.e., approximately 55.74 million were working before the onset of COVID-19. However, due to the closure of activities after implementation of lockdown, it is observed that this decline to 22 percent (35.04 million approx).

The most affected province was Sindh, for which the working population has been reduced to 23 percent during the COVID period (April-July) compared to 38 percent before the shock, followed by Punjab with 14 percentage points decline, and Balochistan with 11 percentage points.

However, it is heartening to found that after July, the recovery process started and 33 percent of the population reported working, which is almost a V shape recovery, the survey reported.

It is also found from data that the closure of business activities during lockdown from April–July 2020 had strong implications on the financial status of households. Almost 53 percent of households all over Pakistan reported reduced income, either earned or unearned.

Households in Khyber Pakhtunkhwa reported a 64 percent Income reduction. The percentage is higher in urban areas as compared to rural areas with 67 percent and 63 percent, respectively. This may be because of the fact that one of the main sources of income in Khyber Pakhtunkhwa is domestic or foreign remittances, which declined due to the closure of work.

Households in Sindh are the second most affected with 59 percent, followed by Balochistan with 51 percent and Punjab with 49 percent.

Severe Good Insecurity is higher in urban areas with 13 percent, as compared to rural areas with 8 percent, the PBS survey said.

Moderate Food Insecurity is also higher in urban areas with 33 percent than in rural areas with 30 percent. Provincial comparison depicts that the highest percentage of households in Sindh, with 52 percent facing Moderate and Severe Food Insecurity, followed by Punjab and Balochistan with 39 percent.

It is also observed that the households by wealth quintiles—the highest percentage of households in the richest quintile, i.e., 56 percent did not perceive any shock compared to only 25 percent of poorest households.

However, its trend is opposite in highly and severely affected, where only 4 and 1 percent are affected in the richest class compared to 26 and 6 percent in the poorest class.

Analyzing results by provinces, it is revealed that households in Punjab are at highest on reporting of no financial impact of COVID-19 lockdowns with 45 percent followed by Khyber Pakhtunkhwa with 31 percent.

However, the highest percentage of households in Balochistan and Sindh reported having an impact on their livelihoods with 57 and 56 percent (moderately, highly, or severely), respectively.

Millions of enterprises face an existential threat. Nearly half of the world’s total workforce of 3.3 billion is at risk of losing their livelihoods. Informal economy workers are particularly vulnerable because the majority lacks social protection and access to quality health care and have lost access to productive assets.

Therefore, to capture the impact of this phenomenon, the specially designed employment module of this survey collects information regarding working population, income from work, their industry and occupation status, and other sources of household income, before COVID-19 (January-March 2020), during COVID-19 first wave (April –July 2020) and after COVID-19.

The survey report was developed through the data collected electronically through tablets from 500 Primary sampling units (PSUs) with 70 percent urban and 30 percent share. The period of field enumeration of this survey was from 20th October 2020 to 5th November 2020. Results are prepared within one month of data collection.

For the development/finalization of the questionnaire and methodology, various consultative meetings were held with relevant stakeholders like FAO, World Bank, UNDP, WHO, and Ministry of Planning Development & Special Initiatives (PD&SI).