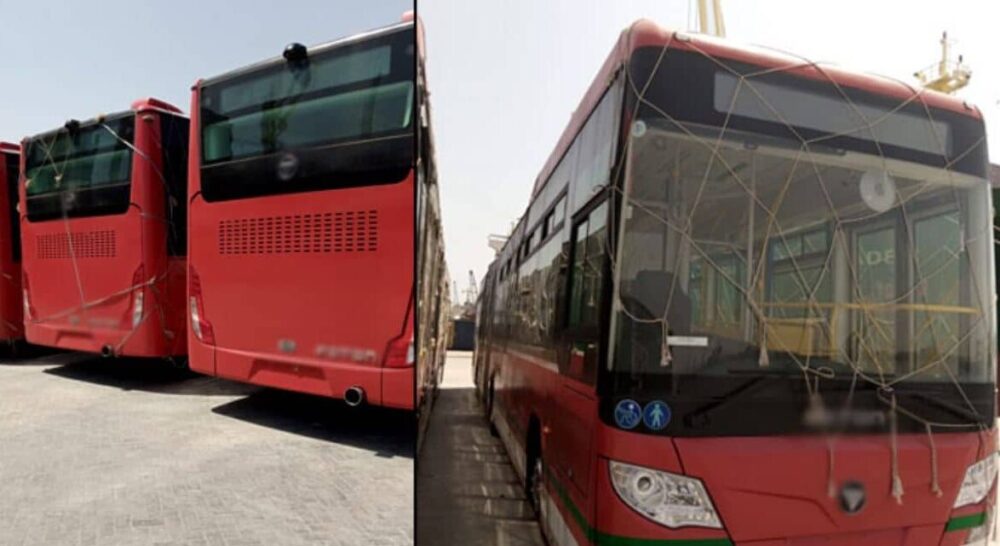 A fleet of 19 new metro buses for the Lahore Metro Bus Service has arrived at the Karachi Port, according to a recent media report.

The new fleet will replace the old buses upon reaching Lahore after being cleared from the customs office at the Karachi port.

This fleet is reportedly the first of a total of 64 buses that are to arrive in Pakistan for the Lahore Metro Bus Service. The Government of the Punjab had signed a deal for the number of buses last year to replace the current fleet.

The agreement had been signed between the provincial government, VEDA Transit Solutions, and a group of local banks, with the Bank of Punjab as the key adviser and arranger of the consortium.

This is What Pakistan’s Car Market Desperately Needs

The signing took place between the Director VEDA, Muhammad Ammar Khan, and the Head of Investment Bank of Punjab, Rizwan Hameed. The Minister for Transport, Jehanzeb Khan Khichi, also attended the agreement-signing ceremony.

The minister remarked that the provincial government will always support the Transport Department’s efforts to eliminate the challenges to the public. He added that the metro bus service has ensured a tremendous degree of convenience in transportation for the public by offering a comfortable and convenient means of commuting.