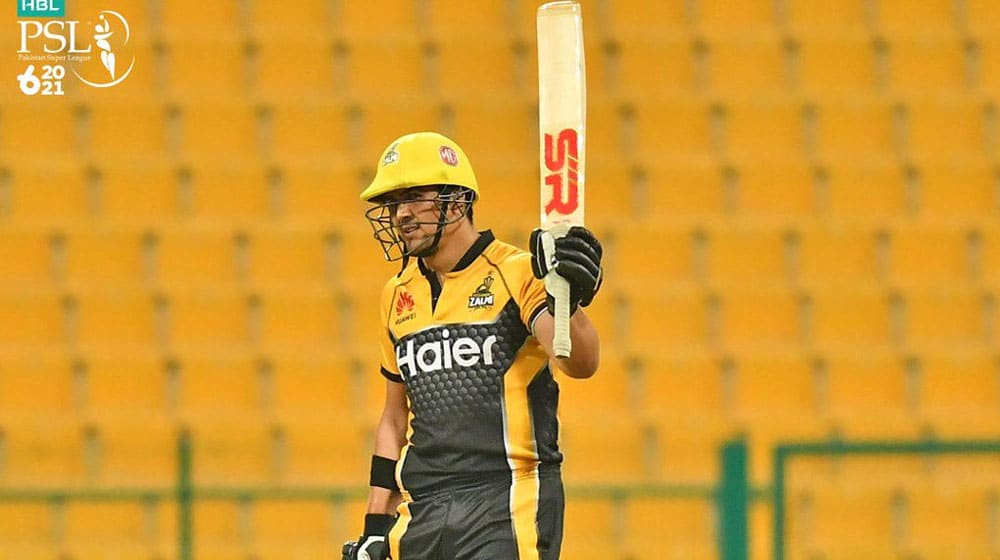 Hard-hitting Afghan opener, Hazratullah Zazai, scored a record-equalling, 17-ball fifty on his Pakistan Super League (PSL) debut against Karachi Kings to conclude one of the most one-sided matches of the PSL history.

The left-handed batsman’s innings included 8 fours and 4 sixes, which saw Peshawar Zalmi hunt down the 109 runs target in just 11 overs.

Only Islamabad United have gunned down a target quicker when they chased the target of 134 inside ten overs earlier this week against Quetta Gladiators.

With this knock, Zazai registered his name in the record book as the joint-fastest half-centurion, joining the likes of Kamran Akmal and Asif Ali.

Interestingly, Kamran Akmal’s 17-ball fifty also came against Karachi Kings in the third edition of PSL in Lahore, while Islamabad United’s Asif Ali produced his gem of an innings against Lahore Qalandars in 2019.

Other players on the list are Kiwi batsman Luke Ronchi, with a 19-ball fifty against Karachi Kings, Kamran Akmal again, with a 20-ball 50 against Quetta Gladiators in 2020, and James Vince of Multan Sultans against United in the same year.