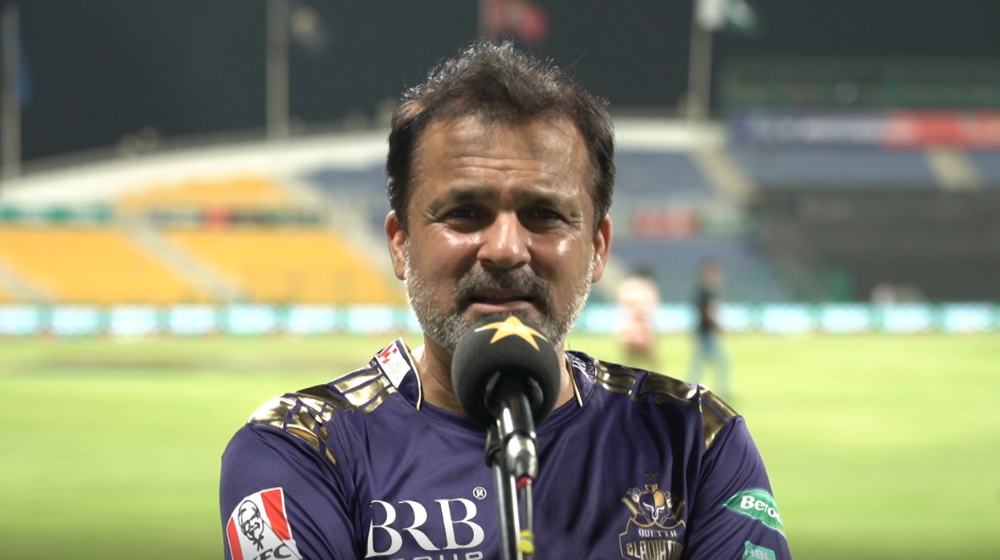 Quetta Gladiators’ head coach, Moin Khan, has revealed the reasons behind his team’s horrific performance in the sixth edition of Pakistan Super League (PSL) and their early exit from the tournament.

Khan said that they played really poorly throughout the tournament and this was largely due to their inability to form a proper team combination. He added that the players lacked confidence and there was a clear lack of game awareness from the youngsters.

“Firstly, I think we played very badly and secondly we were unable to form a proper team combination. Chris Gayle played a couple of matches (before leaving). Qais (Ahmad) won a game for us and gave us momentum but then the league stopped,” said Moin.

“After the league resumed, two of our top players, Andre Russell and Faf du Plessis, got injured in the first two games. Other foreign players were also out of form except for Jake (Weatherald) who impressed me,” he added.

Islamabad United Becomes the First Team to Qualify for Playoffs

Gladiators, one of the most successful teams since the inception of PSL, have witnessed a slump over the past two years. This is the second successive season that they have failed to qualify for the play-offs.

Quetta suffered the biggest defeat, by 110 runs, in the history of the tournament in their previous match against Multan Sultans. They have only managed two victories in nine matches they have played so far and will be hoping to slightly improve their record in their next match against Karachi Kings.