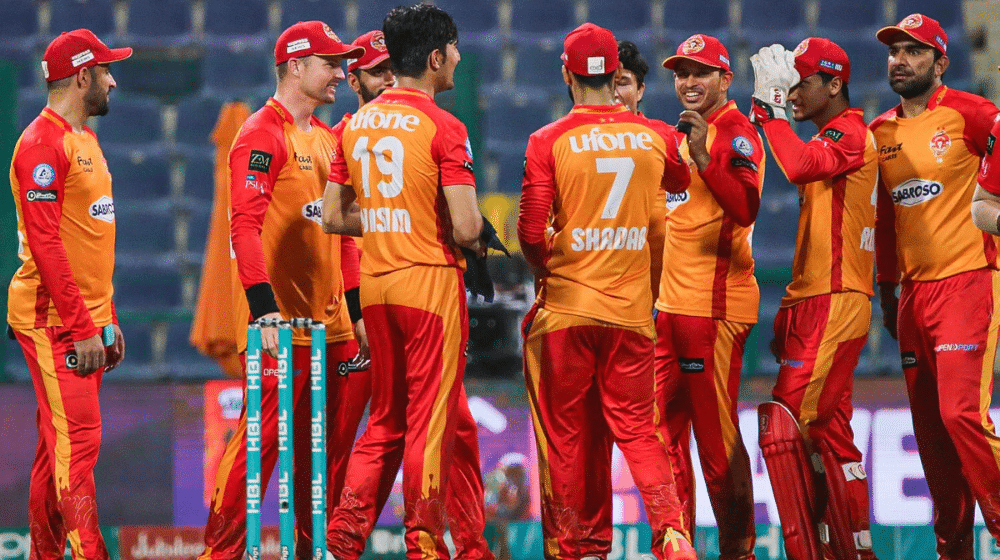 Two-time champions, Islamabad United, became the first team to qualify for the Pakistan Super League (PSL) 6 play-offs after a convincing victory over Karachi Kings in their previous encounter. Islamabad have registered 12 points after 8 matches, winning 6 and losing just two.

Current table toppers, #ISLU are the first team to qualify for #HBLPSL6 playoffs! 😇

Islamabad started the tournament with two consecutive victories over Multan Sultans and Karachi Kings. They lost their next encounter against Peshawar Zalmi after performing poorly with the bat. They finished off the Karachi leg of the tournament with a win over Quetta Gladiators.

Islamabad faced Lahore in their fifth match, the first match of the Abu Dhabi leg, however, Qalandars came out on top with a last ball win over United. After a disappointing loss, Islamabad recovered and won three successive matches, against Quetta Gladiators, Lahore Qalandars, and Karachi Kings.

Sohaib Maqsood Opens Up on His Transformation as a Batsman

United have been in red hot form and are playing some scintillating T20 cricket. Their main strength in this tournament has been their team spirit, with all the squad members contributing towards their victories.

English opener, Alex Hales, set the tone for them in the first phase of the tournament, and his replacement Colin Munro has picked off where Hales left. Iftikhar Ahmed and Asif Ali have also played their part, meanwhile Hasan Ali, Shadab Khan, Faheem Ashraf, and Mohammad Waseem Jnr. have contributed with both bat and ball.

Let’s have a look at the PSL points table as it stands: