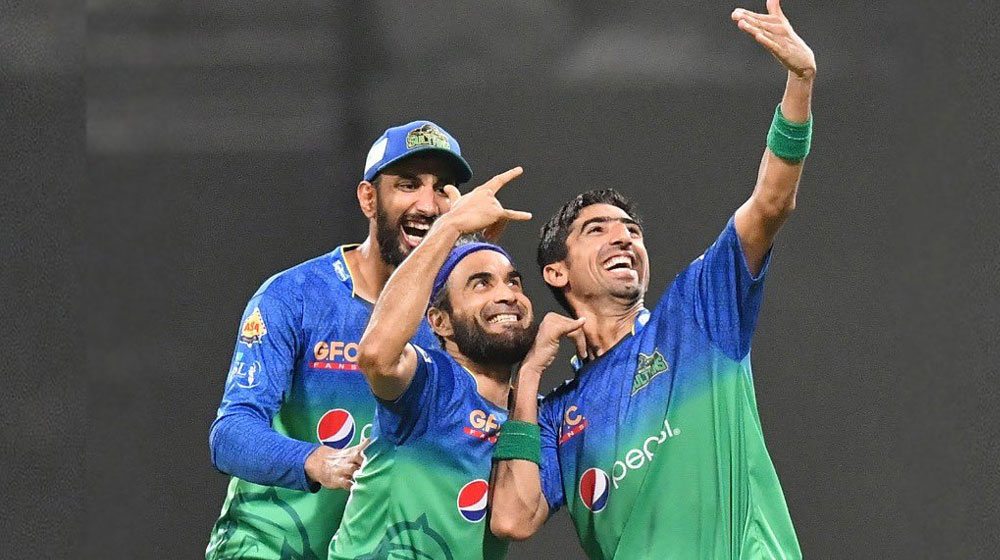 In response to a 184-run target, Quetta Gladiators were bundled out for 73 runs after a dramatic middle-order collapse.

The thumping win led by Shan Masood’s fluent fifty top of the order and a brilliant bowling display spearheaded by Imran Tahir has knocked the Gladiators out of the tournament.

In terms of margins, this was the biggest-ever win in the history of the league, breaking the previous record that had been held by Islamabad United when they defeated Lahore Qalandars by 71 runs earlier this year.

While batting first, Multan had set a 184-run target for Quetta, thanks to Shan Masood’s stylish 73 off 42 that was well-supported by Johnson Charles’ brisk 47 down the order. Skipper Mohammad Rizwan and left-arm power player Khushdil Shah also contributed with 23 and 20 runs respectively.

Quetta took a swift start to the chase, reaching 27 without a wicket before losing the plot completely. Two back-to-back wickets fell in the 4th over when Imran Khan removed Jake Weatherald for 19 and Cameron Delport for a duck.

These quick wickets triggered the chaos as from there, Gladiators slumped to 73 all out, losing 4 wickets for no run at one stage.

Imran Tahir with 7/3, and Imran Khan with 12/2 ran through the out-of-sorts Gladiators and helped the Sultans register an emphatic 110-run win to boost their run rate, as well as their chance for qualifiers.

The humiliating defeat has closed the doors of the playoffs to the Quetta Gladiators and has lifted Multan Sultans to the 4th spot on the points table.