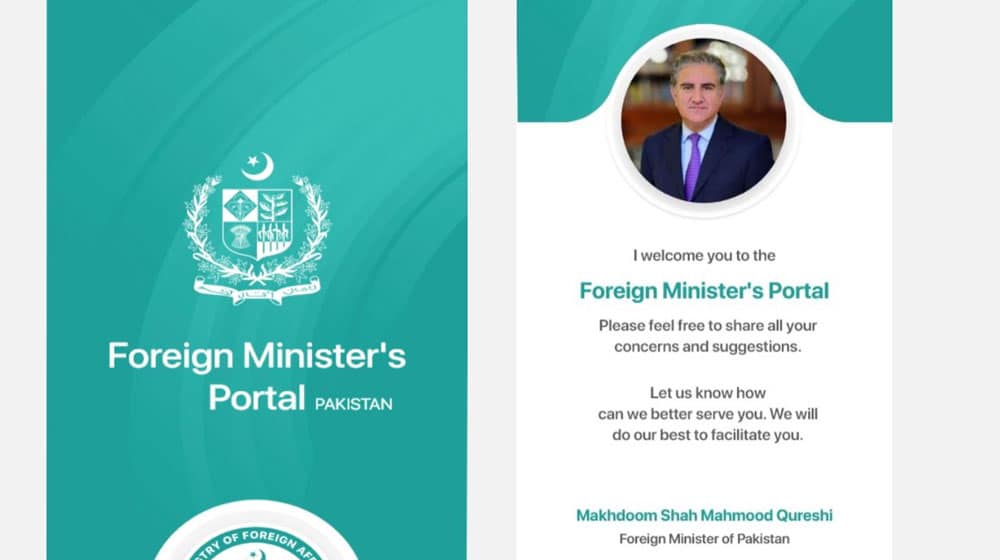 The government of Pakistan is going to launch a special portal to connect overseas Pakistanis to actively solve their problems.

The portal called ‘Foreign Minister’s Portal Pakistan’ is expected to strengthen the relationship between overseas Pakistanis and missions in the form of feedback, complaints, and suggestions.

Foreign Minister, Shah Mahmood Qureshi, had announced this in a tweet.

“I will soon be launching the #FMPortal under #VisionFO thought leadership platform,” he said.

In the first phase, the portal will be accessible to Pakistani missions and diaspora in Jeddah, Dubai, Barcelona, London, and New York. A successful trial will see the service scaled to all missions.

In its pilot phase, #FMPortal will be introduced to missions & diaspora in Jeddah, Dubai, Barcelona, ​​London & New York & will then be scaled to include all missions. Look forward to personally engaging with diaspora feedback and suggestions for more efficient service & progress https://t.co/1NlBeVnmE4

“I am looking forward to personally engaging with diaspora feedback and suggestions for more efficient service and progress,” he went on to say.

Overseas Pakistanis contribute significantly to the uplift of the economy in the form of foreign remittances, and therefore, hold significant importance.

FBR Increases Duty Drawback on the Export of Pharmaceutical Products

Earlier in April, the government had called back its ambassador to Saudi Arabia along with six mission officers over complaints by the Pakistani community in the kingdom.

The officers were allegedly involved in corruption and malpractices, and an inquiry has been launched to look into the matter.