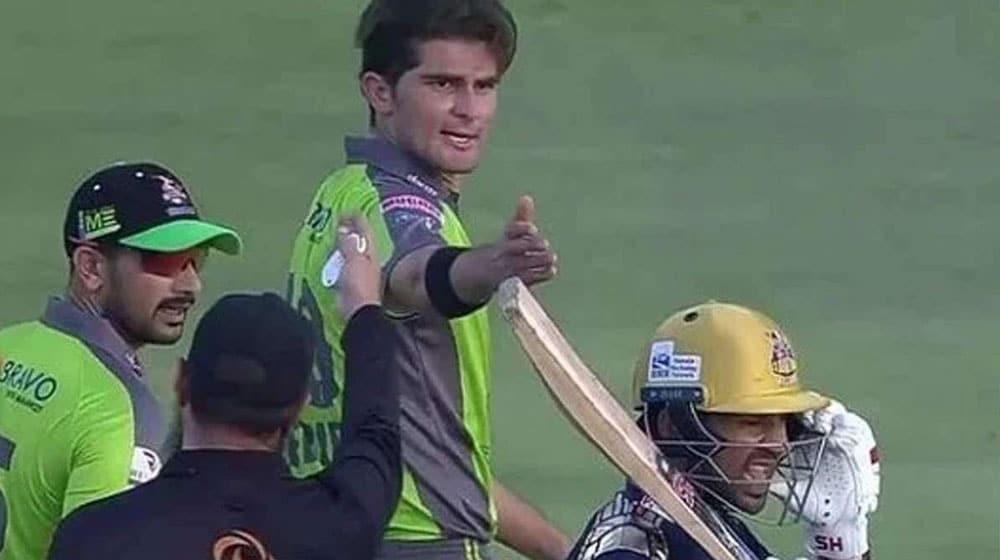 What happened on the field between Lahore Qalandars fast bowler, Shaheen Shah Afridi, and Quetta Gladiators captain, Sarfaraz Ahmed, has come to a logical end on Twitter.

Shaheen Shah Afridi, who made his international debut in Sarfaraz’s captaincy, took to Twitter to show his remorse over the heated exchange that occurred during Wednesday’s game between Quetta and Lahore.

Sarfaraz, who was hit by Shaheen Afridi’s bouncer in the 19th over of the innings, reportedly asked Shaheen to at least ask him if he was alright after being hit, prompting the young fast bowler to react.

The incident was not as big a deal as it was made by the fans from both sides on social media.

However, both players sorted it out on social media after Shaheen showed remorse towards the incident in a Twitter post.

“Saifi [Sarfaraz] Bhai is the pride of all of us. He was and will always remain a captain for me. Whatever happened in the game that day was the heat of the moment. I should have stayed quiet in respect of him. I have always respected my seniors and pray and wish the best for Sarfaraz Ahmed Bhai,” Shaheen tweeted from his official Twitter account.

Here’s the Inside Story of Sarfaraz and Shaheen’s Fight

It’s all good bro.
Whatever happened in the field it should stay in the field.
You are the star of Pakistan too.
May Allah give you more success in life. You are little brother to me .All is well 😍🙌 https://t.co/zmRY2a72Em

Later, Sarfaraz, who is quite active on Twitter, reacted promptly with kind words:

“It’s all good bro. Whatever happened in the field, it should stay in the field. You are the star of Pakistan too. May Allah give you more success in life. You are a little brother to me. All is well.”

The two were reprimanded by the match referee at the end of the game.