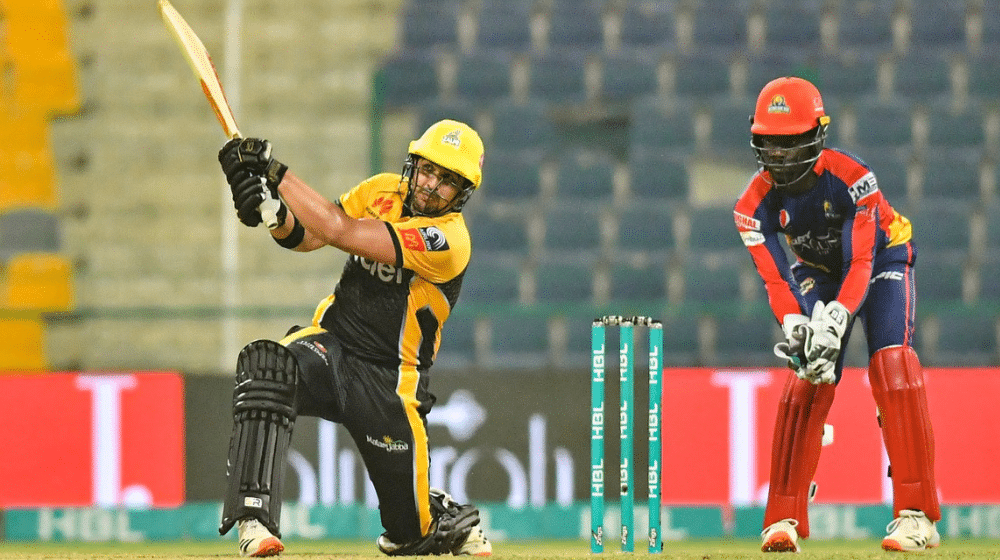 Peshawar Zalmi knocked out defending champions, Karachi Kings by defeating them by five wickets. Zalmi have booked their place in the second eliminator against Islamabad United, scheduled to be played on Tuesday.

Karachi Kings got off to a good start with openers Sharjeel Khan and Babar Azam taking on the Zalmi attack. Azam scored yet another half-century and stabilised the innings after Kings lost wickets in quick succession. Sri Lankan all-rounder, Thisara Perera, thrashed Zalmi bowlers and helped Kings to a challenging total of 175/5.

Peshawar got off to a flyer as Hazratullah Zazai found the boundaries with ease. Despite losing wickets back to back, Zazai took on the attack and put Zalmi in pole position to qualify. Kings bowlers put on a fightback but was ultimately not enough as Zalmi powered their way to the second eliminator, winning the match by 5 wickets with one ball to spare.

Zazai was named as the player of the match for his scintillating innings of 77 off 38 deliveries, including 10 boundaries and 5 huge sixes.

Former winners, Peshawar Zalmi will face defending champions, Karachi Kings in the first eliminator of PSL 6. Both the teams were inconsistent throughout the tournament but ultimately finished in the top four of the PSL points table, after registering 10 points each.

Peshawar will be looking to get their act together after they lost their final group match against Islamabad United, conceding the highest score in PSL history. Despite a poor bowling performance, they will be encouraged by the way their batting unit clicked and got close to a daunting target. They are expected to make a few changes to their starting eleven and will enter the field with their strongest line-up.

Karachi, on the other hand, will look to continue their momentum after winning their previous two matches. Karachi managed to make it to the playoffs despite a poor run which saw them lose three successive matches at the start of the Abu Dhabi leg. Kings are expected to name an unchanged starting line-up and trust the team combination that has brought them the previous two victories.

Zalmi and Kings have encountered each other 14 times in PSL history. Peshawar have won 9 and lost 5. Karachi will be looking to narrow the head-to-head record in tonight’s encounter.

Shoaib Malik’s good form has been one of the main reasons for Peshawar’s PSL 6 journey so far. Zalmi will be hoping that their veteran all-rounder can continue his fine form and take them over the line against his former side.

Sharjeel Khan’s form has been disappointing of late and Karachi will be hoping that he enters the field with a bit more composure. Karachi will need Sharjeel to play a blistering innings at the top of the order and tackle a potent Peshawar bowling attack.