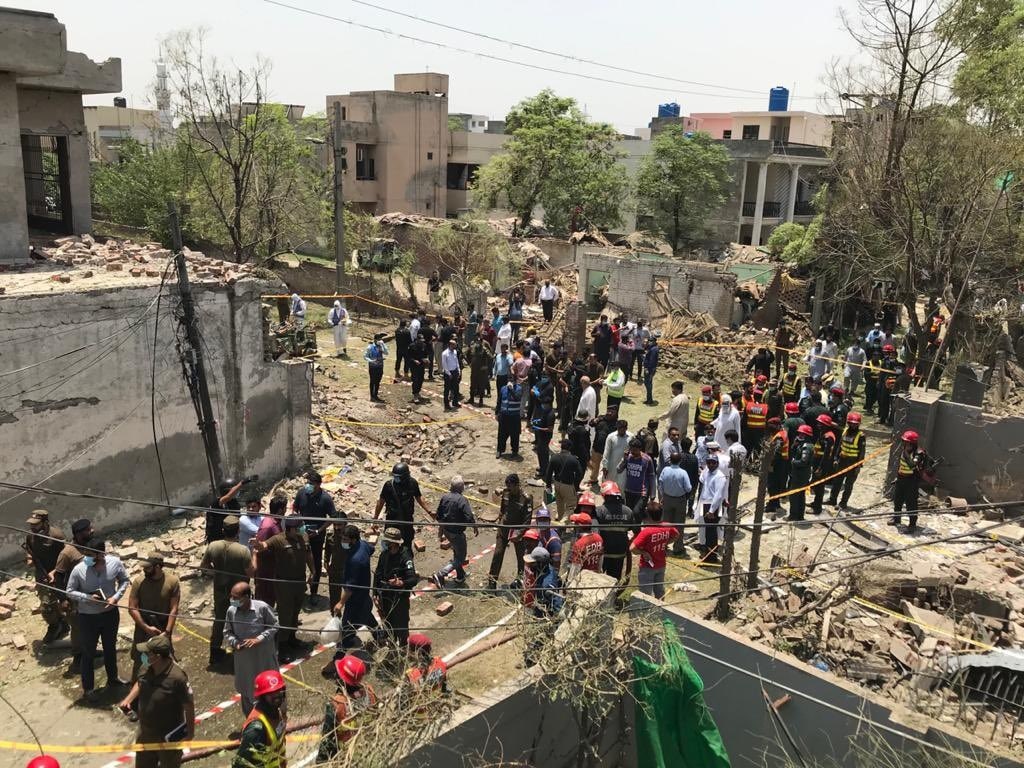 An explosion occurred in Johar Town, Lahore claiming the lives of two people and injuring seventeen others. The injured have been shifted to the Jinnah Hospital via private cars and auto-rickshaws.

According to an eyewitness, a motorcycle was parked by an unidentified individual near the house which later exploded.

Here is the video of the eyewitness explaining the scene of the blast:

According to the details, witnesses saw glass windows of nearby houses and buildings shattering due to the explosion. One of the buildings has been severely damaged while the nearby parked cars have been affected as well.

The rescue, police, and bomb disposal teams arrived immediately at the site of the incident. They have cordoned off the area for further investigation and the traffic has been redirected.

The Jinnah Hospital management has asked people to donate blood to the injured, informing that seven patients are in critical condition due to major injuries and burns.