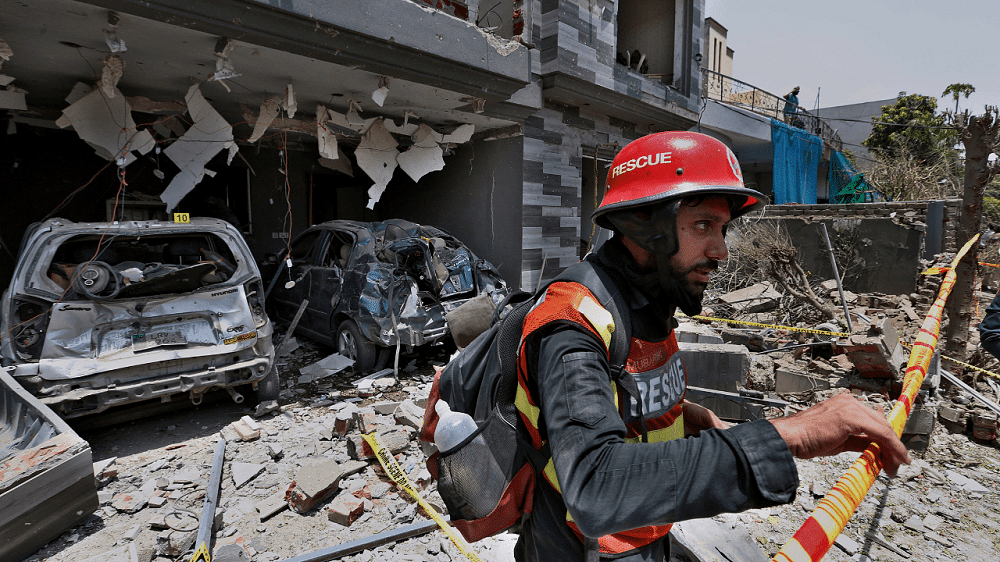 Law enforcement authorities (LEAs) have arrested the owner of the vehicle that was possibly used to carry out the Johar Town bomb blast on Wednesday.

According to reports, the car used in the blast was a black 2010 Toyota Corolla with the registration number LEB-9928 that was being driven on an open letter.

The car was originally stolen from Gujranwala on 29 November 2010 at 9:45 am. Record with the Cantt Police Station, Gujranwala, showed that the first owner of the car, Shakeel, had filed an FIR of vehicle theft.

Since 2010, the stolen car has changed hands a number of times. LEAs arrested the last owner of the car, a resident of Hafizabad, for interrogation. The owner reportedly claimed that he had sold the vehicle two years ago and has nothing to do with the Johar Town blast. Further investigation is underway.

CCTV footage of the blast shows that a suspicious man wearing blue shalwar kameez parks the vehicle in Allah Hu Boulevard where the blast took place. The blast occurred around 45 minutes after the driver left the scene.

Initial investigation also confirmed that more than 30 kgs of explosives, including ball bearings and nails, planted on a car were used in the blast and were detonated remotely.

A 3-foot deep and 8-foot wide crater had formed at the site of the blast and the blast caused damage within a ​​100-square-foot radius.