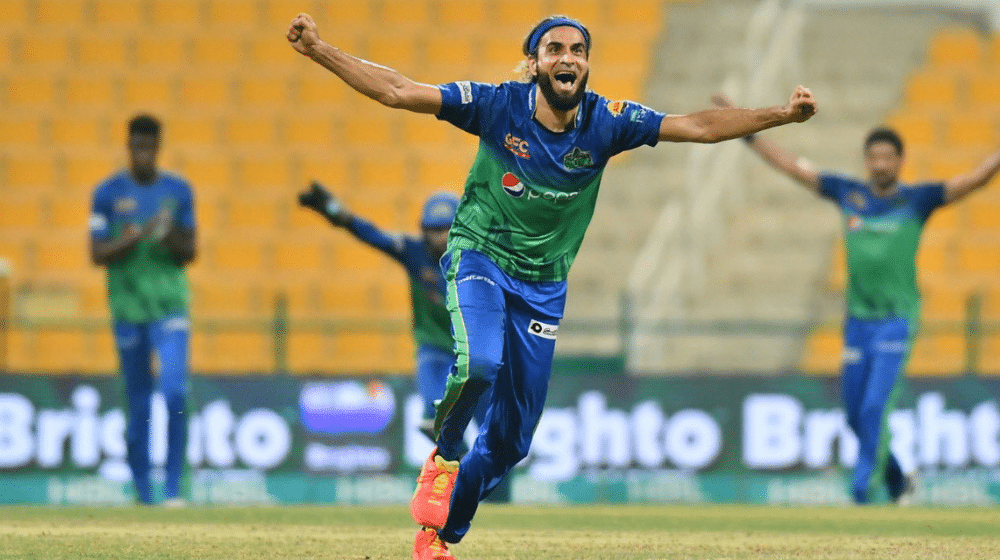 Multan’s openers, Shan Masood and Mohammad Rizwan started off strongly and laid the perfect platform for the power-hitters in their middle-order to make the difference. Rilee Rossouw and Sohaib Maqsood took the game away from the opposition as they both scored magnificent half-centuries. Rilee in particular played an explosive innings as he scored his half-century in only 20 balls, the joint-fastest in Multan Sultans PSL history.

The two batsmen helped the team to reach a huge total of 204/6, the highest score in PSL final history.

Zalmi got off to a horrid start as their explosive opener, Hazratullah Zazai, got out cheaply. Shoaib Malik and Rovman Powell did manage to put up some sort of fight but some brilliant bowling by the likes of Imran Tahir and Sohail Tanvir stopped them in their tracks. Zalmi only managed to score 159/9 in their 20 overs and fell 47 runs short of the massive target.

Sultans were the team to beat in last year’s edition, finishing at the top of the PSL points table but lost their way in the playoffs as they were eliminated in the second eliminator. Multan came out stronger this time around though and blew away their opponents, finishing second in the group stage and winning the all-important qualifier to make it to the final.

They are expected to name an unchanged starting eleven and will rely on the same team combination that has got them so much success throughout the tournament.

Peshawar, on the other hand, brought their ‘A’ game in the PSL playoffs, winning both the first and the second eliminator to qualify for the PSL 2021 final. Despite a shaky start to their tournament, Peshawar put on some clinical performances and played some excellent cricket to be at the biggest stage for the fourth time in six seasons. Peshawar will be hoping for their second title and equal Islamabad United’s record for most PSL titles.

Peshawar will be forced to make at least one change to their starting eleven from the previous match. Fast bowler, Umaid Asif, will not be allowed to take part in the match due to a breach of bio-secure bubble, hence either fast bowler, Sameen Gul, or spinner, Abrar Ahmed will make their way into the team. The rest of the line-up is expected to be the same.

Multan’s journey to PSL 2021 final has been a topsy-turvy one. Multan were on the brink of elimination after registering only one win in their first five matches, but after the postponement of PSL and the change in venue, Multan won four out of the remaining five matches. Multan beat Lahore Qalandars twice, Peshawar Zalmi once, Karachi Kings once and Quetta Gladiators once to make it to the PSL playoffs.

They finished second in the group stage and went onto face the league leaders, Islamabad United, in the qualifier. Multan had lost their previous encounter against United but this time around, they came out on top, recording a 31 run victory and booked their place in the PSL 2021 final.

Peshawar, on the other hand, were inconsistent throughout the tournament. They finished number three on the points table after registering five wins and five losses in the first round. They beat Karachi Kings once, Islamabad United once, Multan Sultans once and Quetta Gladiators twice to make it to the PSL playoffs.

They went onto face defending champions, Karachi Kings, in the first eliminator, defeating them by five wickets to book a date with Islamabad United in the second eliminator. United had already lost to Multan in the qualifier and were looking to make amends to make it to their third final, but Zalmi had other ideas as they completely outplayed them in all three departments. They won the match by 8 wickets and confirmed their place in the PSL 6 final.

Zalmi and Sultans have encountered each other eight times since the beginning of PSL. Zalmi, one of the most successful PSL teams in history, have struggled against Multan, winning only three and losing five. Multan is the only team that has beaten Zalmi more times than they have lost and they will be looking to ring up one more surprise and win the all-important encounter.

This season the two teams have faced each other twice already, with both winning one match each.

Wahab Riaz has been the stalwart of Peshawar’s bowling unit since the inception of PSL. He is the leading wicket-taker in PSL history and is currently the second-highest wicket-taker in PSL 6. Wahab was appointed as captain of the franchise last year and after a disappointing season last year, he has managed to rally his troops to their fourth PSL final. Wahab will need to be at his best with the ball and will have to lead from the front to provide Zalmi with the impetus to win their second PSL title.

Mohammad Rizwan is one of the finest batsmen in the country and his leadership skills have been influential in Multan’s resurgence. Rizwan was named as Multan’s captain just a few days before the commencement of PSL 6 and has been one of the main reasons for Multan’s success in this year’s tournament. Multan will be hoping that Rizwan is at his usual best and leads them to their first-ever PSL title.