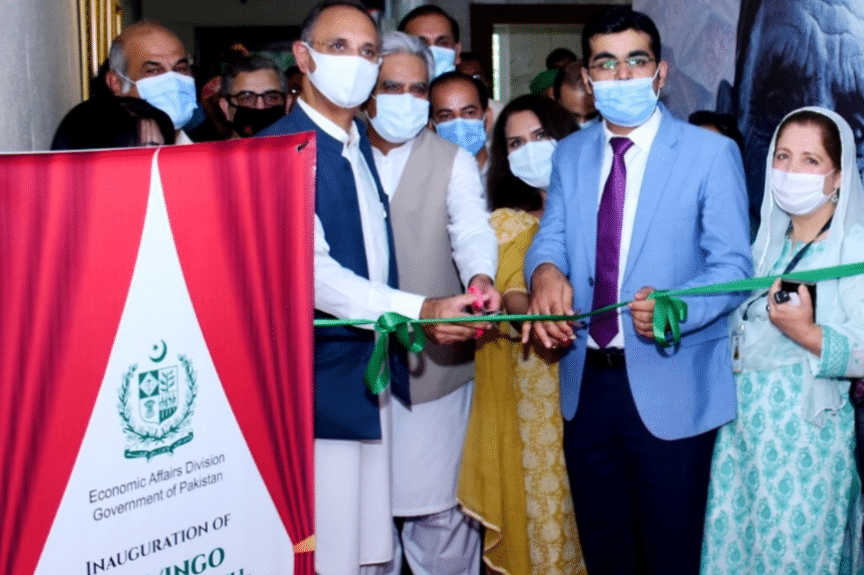 Noor Ahmed, Secretary Economic Affairs Division, and representatives from the Ministry of Foreign Affairs and NGOs, including Community World Service Asia, SPADO, and HRDN, were present at the inauguration.

The Secretary EAD welcomed and briefed the participants about the overall structure of the current NGO sector in Pakistan and the NGO Policy, 2013, which suffered from many deficiencies, including lack of clear definition, eligibility conditions, appeal process, oversight & reporting arrangements, and obligations & prohibitions.

Under the previous policy, the approval procedure was cumbersome and took on average 12-18 months to complete consultation with multiple ministries, departments, and agencies.

He informed the participants that a new “Policy for NGOs/NPOs receiving Foreign Contribution – 2021” has been approved by the ECC in its meeting held on 16th June 2021. Under the new policy, the approval process will be completed within 60 days, maximum, through online submission of applications and consultations while doing away with manual processing and eliminating long delays.

The NGOs e-portal will expand space for credible organizations for a greater role in socio-economic development and will deter NGOs with dubious credentials. Enhanced data reporting and disclosure requirements with smart oversight arrangements will significantly improve aid effectiveness, transparency, and impact of foreign contributions.

The Minister for Economic Affairs expressed that the NGOs space has shrunken in the country over the years, and the current government is committed to enhancing the role of private and NGOs.

He congratulated the INGOs/NGOs team of EAD and highlighted that the NGOs e-portal is a milestone for facilitating the NGOs and Civil Society Organizations. He further deliberated that the government acknowledges the role of NGOs as it alone cannot engage the overwhelming majority of people, especially the vulnerable and the poor, in the implementation of its development agenda.

Online concurrence by stakeholders with a time-bound software application would help to expedite the consultative process. It will also provide individual access to each NGO with its unique user ID & password and tracking options. The dashboard for approved, under process, and regretted NGOs will be updated on a real-time basis.

After approval, MoUs and other documents will be sent to the concerned organizations electronically. The e-portal was piloted and consistently improved before the final launch. However, to make it more user-friendly, it is being improved gradually.

The FAQs, checklists, relevant laws & policies will be available on the NGOs e-portal, along with User Guide Manuals and Videos.