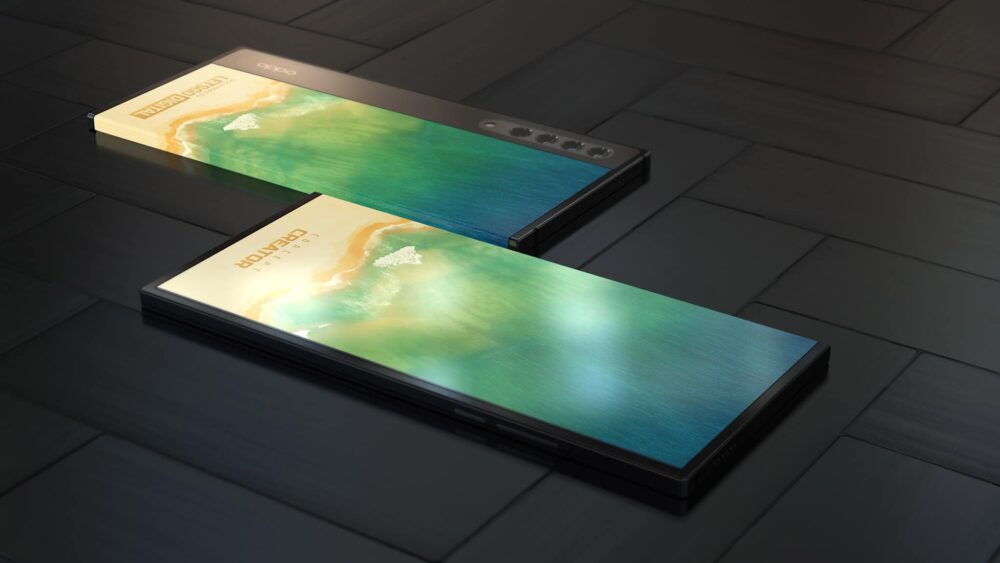 Oppo is working on a futuristic-looking smartphone that can be used from both sides. Similar to the Mi Mix Alpha, this patented device has a wrap-around display that goes around the entire handset.

Oppo was granted this patent in May 2021 but it only surfaced recently. Renders for this patent were created by Jermaine Smit, the guy behind Concept Creator working with LetsGoDigital. 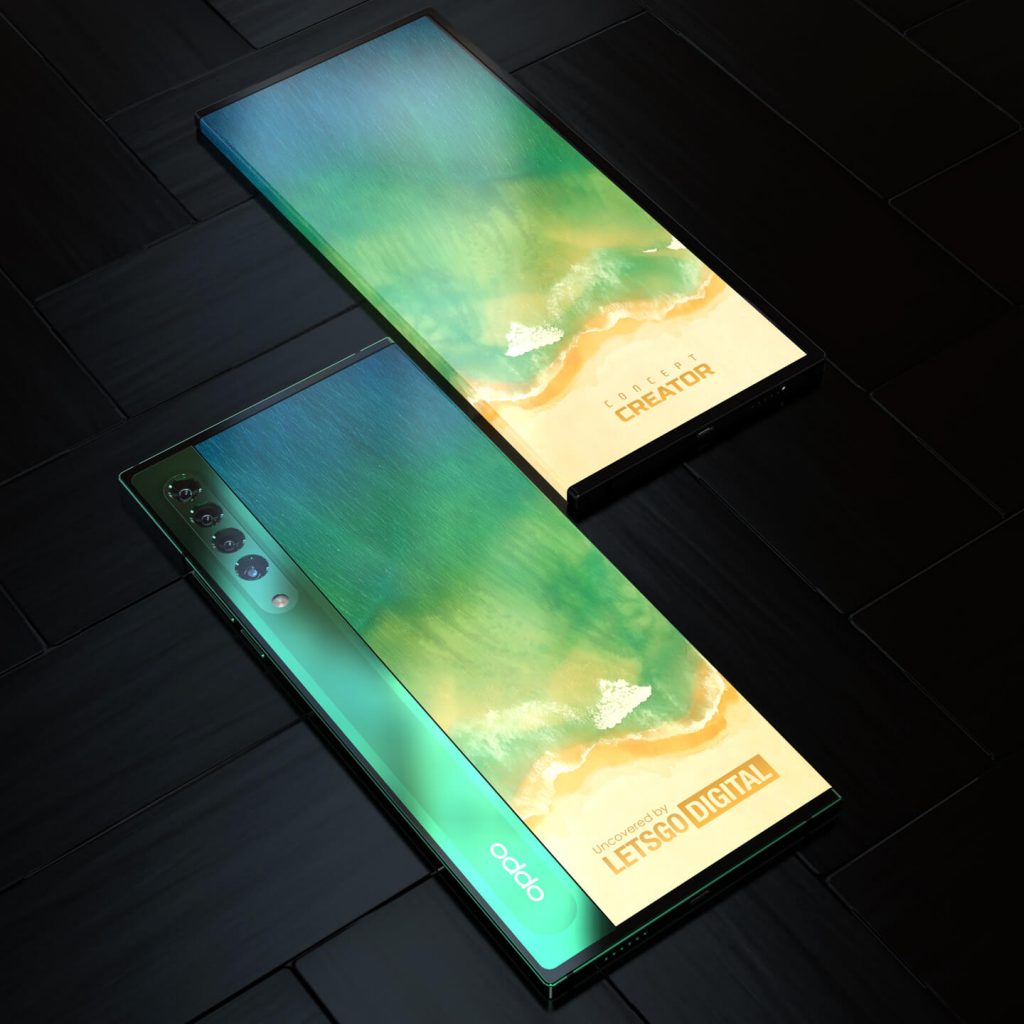 The patent describes a double-sided smartphone whose screen wraps around the whole device including the front, the side, and the back. There are frame borders in the corners and there is also an elongated strip at the back to hold the main camera setup. This camera setup features 4 lenses and an LED flash.

The main camera appears to include a periscope lens which should allow for reliable zoom capabilities. Since the screen is on both sides, the main camera can easily be used to shoot selfies as well.

The side of the screen can reportedly be used for status information such as battery level, signal strength, internet connection, notifications, and more. 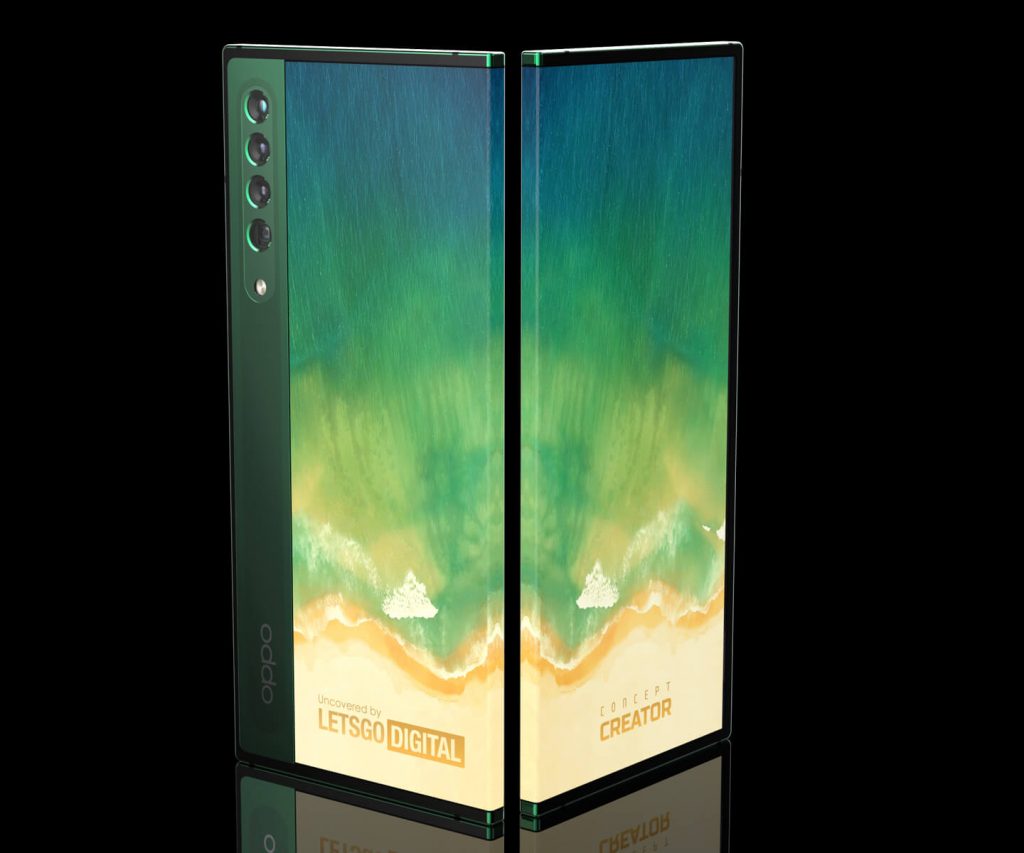 Oppo has also detailed how this handset can be assembled. The company documents that the thin screen can be glued on the middle frame so it can easily be disassembled afterward. An ultra-thin steel plate is placed between the screen and the frame to support flexibility for the thin screen.

However, as this device is only at its patent stage, it is unclear if it will ever be released to the public. We recommend taking this information with a grain of salt.