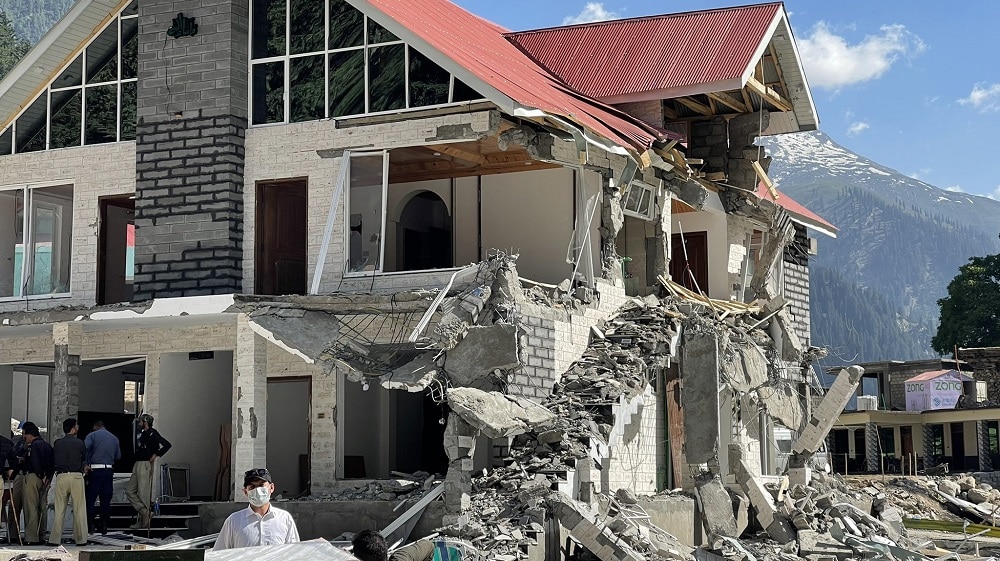 Armed hotel owners opened fire on authorities conducting an anti-encroachment operation in Naran Valley on Thursday afternoon. A DSP and a constable of Balakot Police got injured in the incident.

According to details, Kaghan Development Authority (KDA) teams along with police officials had launched an operation to demolish encroachments from the bed of River Kunhar in Naran Valley.

The authorities were forced to temporarily halt the anti-encroachment drive. However, it was resumed shortly after reinforcements arrived to assist the authorities.

Talking to the media, Deputy Commissioner (DC) Mansehra, Dr. Qasim Ali Khan, said that the anti-encroachment drive will continue despite the resistance from the encroachers.

DC Mansehra also advised tourists planning to visit the Naran and Kaghan on weekend to learn about the security situation before entering the tourist spots.