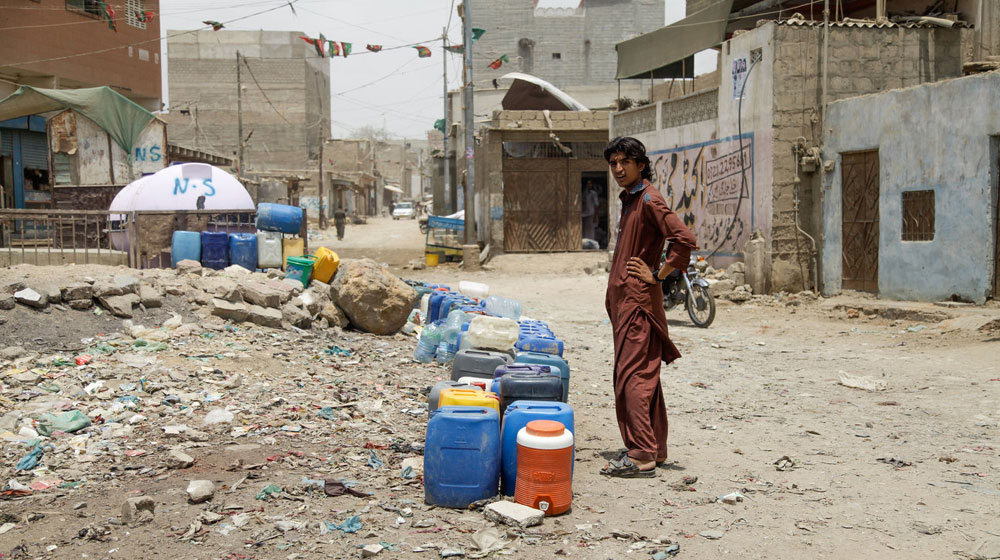 The Pakistan Water and Power Development Authority (WAPDA) awarded the contract for unified consultancy services for the project to a Joint Venture (JV) today in consideration of its commitment to constructing the Greater Karachi Water Supply Scheme (K-IV) in the shortest time possible.

The contract is worth Rs. 1.14 billion and has been awarded through international competitive bidding. Additionally, the JV comprises an Austrian firm and two Pakistani firms.

The unified consultancy services agreement consists of design review, a detailed engineering design for a conveyance system, allied electro-mechanical works, power, coordination for a distribution system, preparation of bidding documents, and the PC-I.

The signing ceremony for the awarding of the consultancy services between the WAPDA and the JV for the K-IV Project was held today, and the agreement was signed by the K-IV Project Management and a representative of the JV.

The project will go a long way in meeting Karachi’s water requirements, and targets a daily supply of 650 million gallons of drinking water.

While dilating on its significance, Minister Habib said that it is a flagship project of Prime Minister Imran Khan’s Package for Karachi. He also appreciated the WAPDA’s streamlining of the project and said that he is confident that the WAPDA will be able to complete this project of paramount importance within the timelines.

Speaking on the occasion, the Chairman of the WAPDA said that it is implementing the K-IV as a priority project to fulfill the responsibility entrusted for it by the Prime Minister and the federal government. He stated that the WAPDA has devised a well-thought-out plan to complete the K-IV Project in time, for which the support and cooperation of all the stakeholders, including the Government of Sindh, is all the more important, and that the WAPDA is committed to completing it by October 2023.

The Austrian Ambassador addressed the attendees of the ceremony and said that he is pleased that an Austrian firm is also going to be associated with the K-IV, which is an important project for the supplying of water to the citizens of Karachi.

The project had previously been under construction by the Government of Sindh but the federal government has taken up its implementation under an arrangement with the latter as part of the Prime Minister’s Package for Karachi, and has directed the WAPDA to take responsibility for the construction of the project.