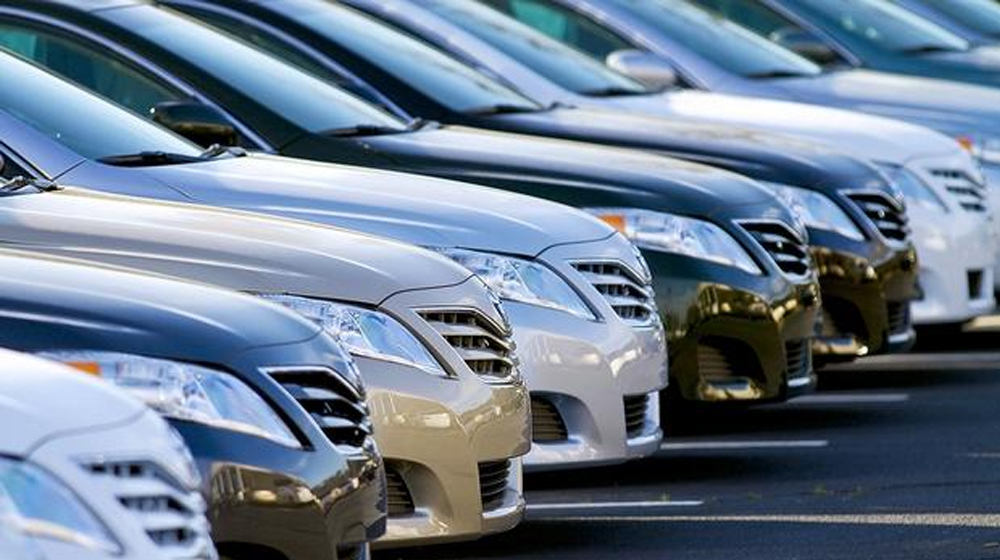 Federal Board of Revenue (FBR) Member Customs (Policy), Syed Hamid Ali, categorically denied any possibility of any new amnesty scheme for the legalization of non-duty paid smuggled cars plying in the country.

The Committee discussed in detail the issue regarding the missing of non-duty paid auctioned vehicles. Member Customs explained the facts and background of the matter. After a detailed discussion, the Committee recommended that all provincial secretaries of Excise and Taxation departments may be called in the next meeting of the Committee.

Chairman FBR Asim Ahmad said on Thursday that the Directorate General Anti-Benami has filed 55 references of benami cases with the Anti-Benami Adjudicating Authority against 500 cases framed against owners of benami properties.

The FBR chairman informed the National Assembly Standing Committee on Finance here on Thursday at the Parliament House that out of 500 benami cases, proceedings have been dropped in 120 cases.

In 55 cases, references have been filed with the adjudication authorities. In one case, Anti-Benami Initiative (ABI) Zone-I, Islamabad confiscated a luxury vehicle from a residential premise in the capital.

To a query, Asim Ahmad stated that the FBR’s anti-benami directorate has not issued notices to the yarn merchants of Faisalabad, but the case may be related to anti-money laundering (AML) of the Federal Investigation Agency (FIA).

The chairman FBR briefed the Committee about the action taken by the FBR on the implementation of Benami Act. He said that 500 cases were identified out of which 55 references have been launched.

The Committee members expressed their concerns over the process of execution of Benami Act by the FBR at ground level. The Committee noted that Anti-Money Laundering Act’s rules and regulations need to be reviewed for its effective implementation.

The chairman FBR assured the Committee that the FBR always puts taxpayer facilitation as its top most priority. A robust internal control mechanism is in place to ensure transparency.

Policy of non-interactive system-based disposal of business is followed i.e. all kinds of notices are issued electronically and bearing Bar Code; therefore, all possible measures have been put in place to arrest the incidence of harassment.

The Committee unanimously directed that the FBR should launch an awareness campaign for the public about the rules of AML and Benami Act.

The Committee discussed the issue regarding missing of non-duty paid auctioned vehicles. Member, Customs informed the Committee that the subject news item has been published distorting the facts in without seeking any input/feedback from the concerned department, which shows complete lack of journalistic ethics on part of reporting.

He explained the facts and background of the matter. After detailed discussion, the Committee recommended that all Provincial Secretaries of Excise and Taxation departments may be called in the next meeting of the Committee.

The Committee discussed the matter pertaining to the levy of Regulatory Duty (RD) on stationery items (Led Pencil).

The Member, Customs said that the Pencil falling under PCT heading 6909.1000 attracted CD @ 20%, ST @ 17%, ACD 7%, WHT 5.5%. during the budget exercise of 2021-22. Various proposals from local pencil manufacturers were received for the imposition of RDS on the pencils in order to promote import substation and protection of local industry.

The manufacturers requested to impose Regularity Duty (RD) @ 10% on imports of pencils, pens and other stationary items to save the domestic industry. According to them, stationary sectors were providing employment to 20,000 skilled workers, using precision advanced engineering equipment, and there are five manufacturing units in Pakistan out of which 2 have been closed, one unit is operating partially and two units are in operation. However, during the subsequent meeting of the Tarif Policy Board, the rate of RD was enhanced from 10% to 20%.

The Committee noted that a levy of Regulatory Duty (RD) on any item should be considered in light of the requirements at a local level. The Committee recommended that local manufacturers may be invited in the next meeting for final directions to the FBR in that regard.

The Committee discussed the Security Exchange Commission of Pakistan (Amendment) Bill, 2020, clause by clause, but couldn’t complete its reading due to shortage of time, and decided that further discussion will be carried out in today’s meeting.